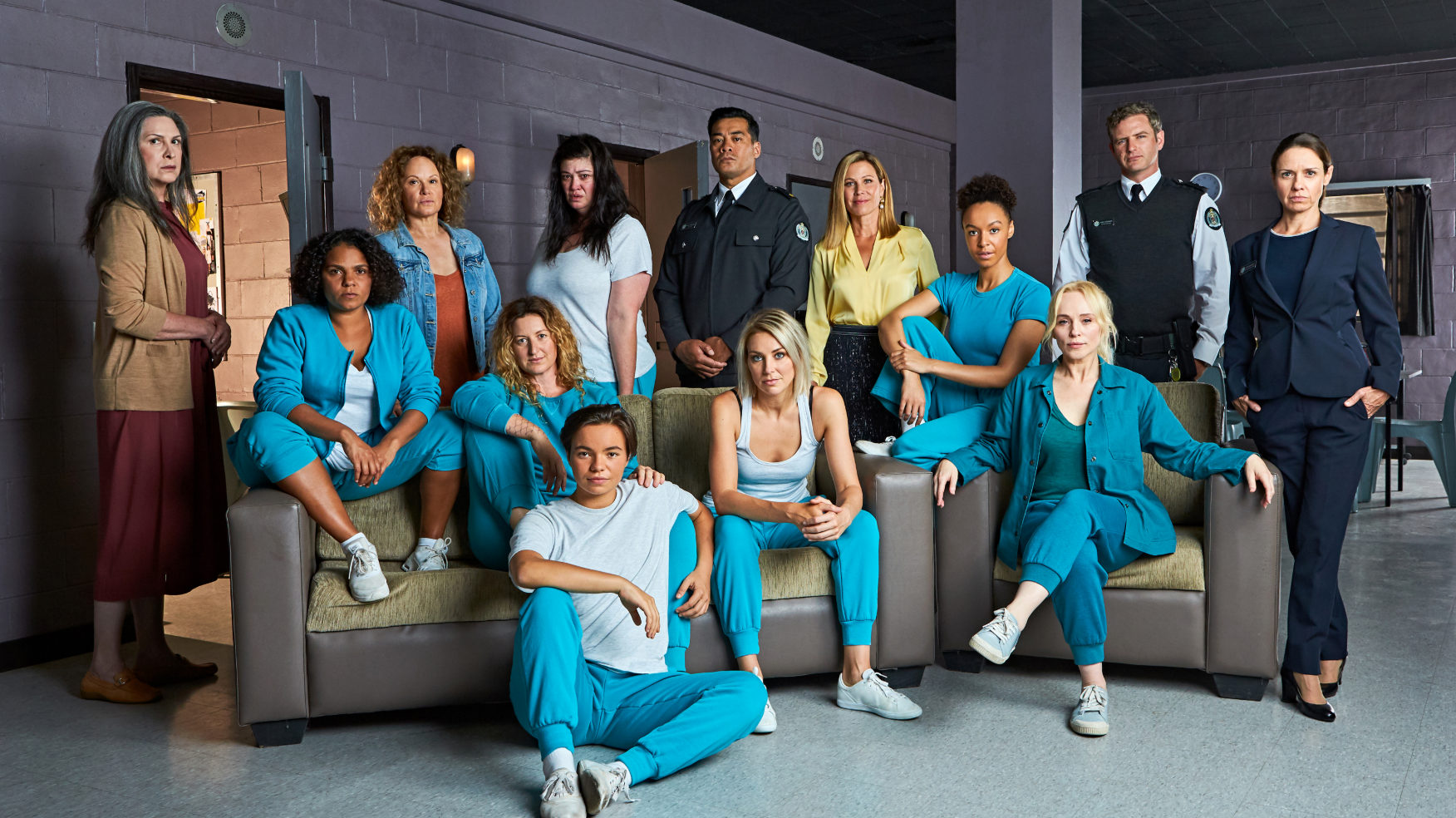 The Pot has been boiling all season for a series finale that comes out with a bang, and now that we’re less than a week away – anyone can guess who will make it out alive.

With 99 completed episodes and only one spectacular finish to do, Wentworth put the finale in place in the penultimate episode last night. And we’ve already been teased about some of the dramas that’s going to unfold.

Spoiler alert, we do not hold back.

Judy bryant (Vivienne Awosoga) has learned from her father that she is seeking to be acquitted of all charges in the next few days, sending her immediately to topdog Lou kelly (Kate box) and demanding the annulment of their escape plot. But Lou only wants revenge on the screws, and his extra-explosive release has been brought forward, ready for outright destruction when the show ends next Tuesday.

During this time, Ann reynolds (Jane hall) has officially derailed and appears to be pretty much out of balance. Informed that Judy was likely part of the terrorist act that killed her daughter, she allows the bomb to enter the prison so that Judy can be arrested and ultimately punished for her crimes.

Out as a cop, Rita connor (Lea Purcell) is under surveillance for her own safety, but she is still there to clear her name and get out of jail, while helping the governor Will jackson (Robbie Magasiva) by stopping Lou’s escape plan. In doing so, the former villain turned hero Marie Winter (Susie porter) becomes a code-black victim after protecting Ruby mitchell (Rarriwuy Hick) of Lou’s crew, and is killed by the topdog, “For Reb“.

In what appears to be plot B for the season, Joan ferguson (Pamela rabe) was tried for the murder of her amnesiac Kath Maxwell. Just when it looks like Vera bennett (Kate atkinson) is about to sacrifice everything to put Joan on the sidelines for good, she confesses to lying about her amnesia and gaining a full memory in court. It’s a move that keeps her in prison, leaving Joan’s most burnt enemies to question the move. With a sickening smirk but eyes filled with hope, we wonder if she has an ulterior motive, or if maybe, just maybe, she has turned a new leaf.

So what else should we expect in the final? Here’s a look at some of the smaller stories we’ll likely see somehow end next week:

Boomer (Katrina Milosevic) is pregnant, and now it’s a mission to complete in a prison where anyone could get shaved (or blown up) on a daily basis. After being put in a wheelchair thanks to Judy, Allie Novak (Kate jenkinson) has quality of life issues. We’ll see her either die in tears to be with a longtime lover Bea Smith (Danielle Cormack), or find a meaning and a willingness to carry on, in a wheelchair and all.

Since the birth of her daughter, Jake stewart (Bernard curry) can’t wait to find Vera’s good graces. Could we finally see them come together and form the happy family we all know they can be? And Linda Miles (Jacqueline Brennan) has been Ann’s pocket dog all season, but after signs of humanity still in her, will she finally become as adored as the Will, Vera and Jake trio?

We’ve been waiting most of the season for this grand finale, and knowing that it’s finally coming to an end fills me with impatience. I’m so glad we got a taste of the good stuff last night – the shocking murder of Marie and the shocking Joan “I’m changing my guilty plea” the announcement sank my teeth.

It’s been a great season, but the wait has been a bit disappointing. And I wish we had seen the start of that bomb blast play out this week much like we did the siege in season seven, but, if everything can fit in the hour slot without feeling too crowded, I will allow it.

Lou is by far the most exciting character to watch this season. She’s just been through such a roller coaster ride, but we’re finally going to see her plan unfold and watch her take revenge on the people she wants it most for. I hope she doesn’t have all of her desserts and becomes a victim of her own doing, but I can see Lou slipping away in a way that sympathizes with her.

Speaking of characters we love to hate, could we really see Joan transform into a loving human who wants the best for Vera? Is there a real timeline that exists there? Joan’s entire arc was nothing short of a mean tone, so seeing her seemingly protect Vera at trial by pleading guilty and stepping aside leaves me really shocked. But as Vera noted, Joan doesn’t do anything without finding something for herself. So if we’re in for a Freak-twist finale, I’ll be ecstatic. As long as he keeps Vera alive and well.

I want to see our prison heroes also have some well-deserved happy endings. The quartet of Rita, Ruby, Allie and Boomer all seem to be in trouble right now, but if they can survive whatever awaits them during the finale, then hopefully their roads ahead (without us) will be peaceful. and deserved. And above all, I hope that we will see Rita cleared of all charges, whether or not she comes out of the final, her name deserves to be wiped from the slate after three years of watching try and fail.

With a bomb in the middle of the final next week, here’s my judgment on who’s going to make it out alive:

Vera is the only person I can say almost 100% that she will come out of the final still intact and with baby Grace in her charge. It would be an incredible injustice for fans to see her taken away from Grace and not get the perfect ending she deserves. The growth of his character from the very first episode of Wentworth has always been amazing to watch, and I would hate to see everything go to waste with a death from either Freak’s or Lou’s bomb.

I think Boomer, Will and Ruby will be fine too. Their deaths would be great if it was just a season finale, to give the other characters a little more development and death. But with nowhere to go after this series finale, they’d be pretty disappointing. I want to see Boomer have his little baby, finally be at peace with what he did in Wentworth, and of course see Ruby come out of this damn place.

I think Allie, Jake and Rita are a bit far away. All of them lose something if they leave and I think it would be an interesting finale if they became a victim of this prison explosion. Allie’s death has been played out with most of the season, so I can see it. And the contrast of watching Ruby / Vera take care of an injured woman and walk away from Rita / Jake would be almost as heartbreaking but fascinating to watch as Boomer kills out of pity on Liz birdsworth (Celia Ireland). And I don’t think it’s really Wentworth if we don’t select one or two heroes in the story.

Lou, Judy, Ann and the Freak are all my top picks for final justice and a final goodbye. They’ve all played the bad guys, and while anyone can pull the plug and have a happy ending, sometimes the death to “get it back” is just as sweet. Each of them has reasons to make me want to see them fall (cough, Judy, cough), so hopefully we see some viewer wins next week. No doubt one of the villains is going to leave, so take your pick as to which one goes up in flames (callback to Joan in the fire of season three, maybe?).

Redemption for some, revenge for others. That’s what’s on the cards when Wentworth enters his last episode already next week. Hopefully we’ll see some lightning bolts from the future or where the remaining characters all ended up. After 100 episodes, it will be worth it to see how their stories ended. And a nod to some of the greats who have already left would be amazing.

The end of an era is upon us, so let’s prepare for the impact. GET THE FABRICS!

Does Eric Trump know the front end of a shovel?