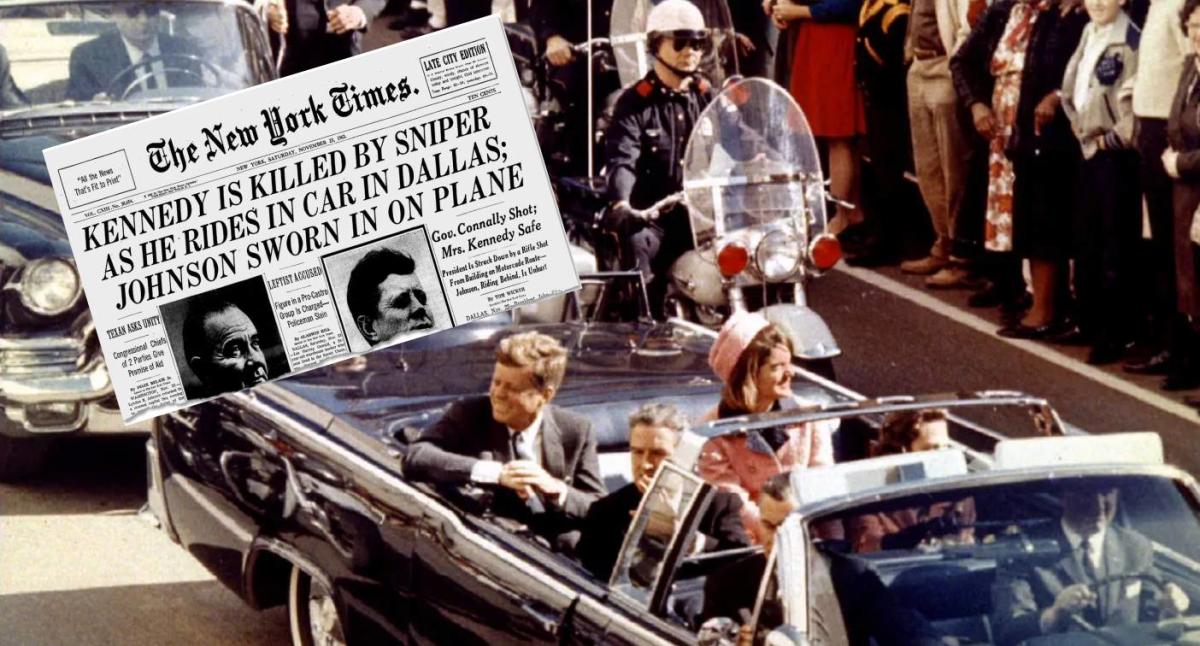 Was JFK assassinated by the CIA? Why the conspiracy theory lives on

In 1963, the world watched in horror as US President John F. Kennedy was brutally assassinated while riding in a presidential motorcade through Dallas, Texas, sparking outlandish conspiracy theories.

In Kennedy’s final moments, he rounded a corner of Dealey Plaza in downtown Dallas and was shot in the head outside the Texas School Book Depository. A total of three shots were fired within a six-second window.

Minutes after the event, Dallas police had apprehended and arrested Lee Harvey Oswald in the book depository, but before he could be tried for JFK’s murder, he was shot dead by a man named Jack. Ruby.

One of the most popular conspiracy theories claims that Oswald did not orchestrate the assassination of JFK, with believers alleging the CIA was behind the death of the 35th US President.

Speaking to Yahoo News’ Conspiracies Unpacked, futurist Dr Richard Hames said that when it comes to speculating about CIA involvement, there are “certainly motives”.

“Kennedy had fired Allen Dulles who was head of the CIA, and he was planning a 20% cut in their budget,” Dr Hames said.

“And his policy of trying to get out of Vietnam and befriend Castro was clearly not in the CIA’s best interests.”

Amazingly, Oswald himself also blamed the CIA for the murder, telling reporters in Dallas that he was “just a patsy” (public figure to blame).

“Could the CIA do this sort of thing? Yes, the power, money and reach they have suggest they can,” Dr Hames said.

JFK’s assassination fascinated the public and led to much analysis of the shooting by professionals and conspiracy theorists.

A popular theory claims that there was a second shooter, possibly located on the grassy knoll in front of the book depository, who took part in the murder.

“Even the most professional shooters find it hard to believe that someone with his [Oswald’s] skill level with this rifle could have fired those three shots in six seconds,” said Dr Hames.

“It’s almost impossible, so it gives credence to the possibility that there was a second shooter.”

Oswald’s assassination by Jack Ruby, which happened just 48 hours after JFK’s death, was also part of a “distraction” according to Dr. Hames.

Overall, Dr Hames said there was some credibility to the conspiracy theory, saying it was “highly plausible” that JFK’s assassination involved “collusion”.

Either way, the event continues to fascinate people around the world 59 years later, with millions visiting the famous depot (now a JFK museum) and posing next to a morbid “X” that was painted on the road where the president lost his life.

Do you have a tip for the story? E-mail: [email protected].

The simplicity of charts now in grids