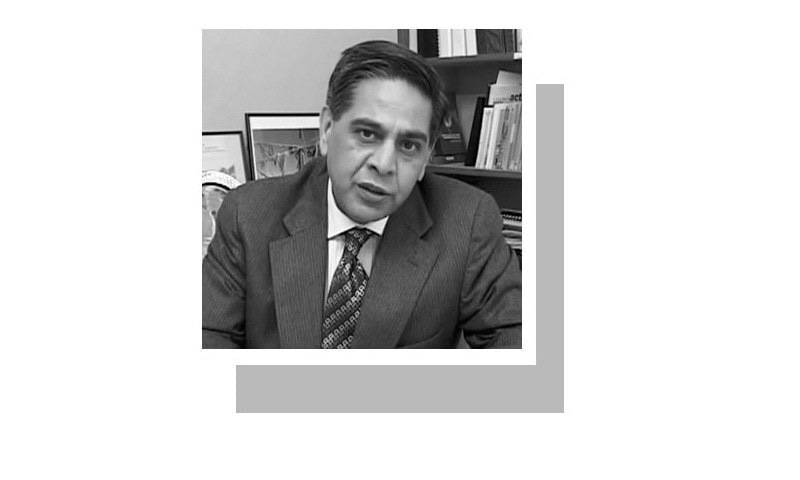 Shall we punish the people of Murree, Galiyat and the entire northern belt of the country for receiving snowfall? Snowfall in Murree has already claimed lives and brought the local economy to a screeching halt. The commission of inquiry set up by the Punjab government has proposed administrative measures that will only restrict the mobility of citizens and stifle the nascent tourism industry. The government’s administrative measures cost the local economy dearly. In this tragedy lies an opportunity to pursue climate-smart ecotourism in the country’s rapidly degrading mountain ecology.

Snow removal is a simple municipal function. Making Murree a district will not make the problem go away, but the timely use of road salt will. Millions of miles are regularly cleaned every day by local governments in many parts of the world; they only maintain a fleet of snow plow trucks, snow blowers, front end loaders and dump trucks. These are often the same trucks, tractors and graders used in the summer for road maintenance. They take a regular dump truck and attach a snowplow blade to the front. This is essentially a private sector function which, given the opportunity, local contractors and service providers can perform from Ghora and Ghika Gali in Punjab to Khunjerab Pass in Gilgit- Baltistan, on the Sino-Pakistan border.

Environmental sustainability relies on bottom-up planning. At the union council level, three to four squads of seven to 14 trained locals can help build a force of 20 to 50 workers in a CU to clear all major arteries. A normal-sized tehsil would probably need twice as many staff headed by a local government official. Under NDMA law, it is the duty of DDMAs to provide early warning of any disaster and make plans to deal with it. But the reality on the ground is that instead of providing resources to DDMAs, national and provincial authorities have, since the 18th Amendment, competed with each other for resources to develop vulnerability assessments and multi-risk risks. No MRVA has been developed for Murree.

Instead of acknowledging this great failure, the Board of Inquiry investigated a dozen leading institutions to determine their responsibility for the tragedy: the police, forestry, highways and C&W departments, in addition to FWO, IESCO, NHA, Rescue 1122, NDMA, PDMA, the military and the Provincial Center for Crisis Management and Control. None of them was held responsible without ambiguity! The committee ended up suspending some officers from the traffic police, forest and emergency officers at the district level. By examining their compliance with SOPs developed decades ago as an additional set of responsibilities for Commissioners, the Inquiry Commission effectively buried the reform agenda aimed at empowering local communities to serve as the frontline of defense against climate-induced and other disasters.

The dysfunction of the reform program is glaring: the Galiyat Development Authority, created by the KP government, claims a 24/7 snow removal center but has no coordination with the mountain station; Rescue 1122 was not equipped for mountain areas; the weather service has not upgraded or standardized its warning systems for snowstorms and heat waves; the Environment Protection Agency has not developed guidelines for extreme weather events. Equally important, adaptation plans have yet to be developed for mountain ecology. Meanwhile, unplanned tourism has put enormous pressure in several areas on local land use, leading to soil erosion, loss of natural habitats and pressure on endangered species. Negative environmental impacts are increasing and include depletion of local natural resources, air and water pollution, and waste management issues. Municipal and tourism development plans for them have yet to be drawn up to meet the growing demand for domestic tourism which has been made possible by a growing network of highways which significantly reduce travel time for motorists.

Murree has become a choke point as other snowy areas have not been developed. Its unplanned and dangerous multi-storey buildings, hotels and resorts are dangerous and cannot serve as models for nearby tourist destinations. The promotion of ski resorts or ice hockey should be supported by funding from newly formed local governments at district level and CUs 46, 59 and 15 respectively in Abbottabad, Mansehra and Murree to have safe and environmentally friendly infrastructure. the environment.

Tourism depends on weather conditions and, by extension, climate. Pakistan’s mountainous areas are exposed to multiple hazards and climate change has begun to increase this exposure. Snowstorms, landslides, avalanches and rockfalls are becoming more frequent and intense, threatening livelihoods and infrastructure. Patterns of annual precipitation and snowfall as well as the length and timing of snow days are changing. The closure or cancellation of tourist destinations due to the weather not only affects local economies, but also the attractiveness of destinations and reduces their economic opportunities.

The Intergovernmental Panel on Climate Change has predicted that mountain ecosystems will change profoundly as glaciers melt. This problem will only get worse as temperatures continue to rise. Pakistan already has more than 7,000 glaciers, of which an alarming 3,044 have become glacial lakes. Many more have been flagged as a potential risk due to rising temperatures. As they melt, they can burst their banks and overflow downstream. This phenomenon is called overflow of glacial lakes and leads to a change in the periods of water flow, which has a major impact on the availability of water for agriculture or hydroelectricity. The newly formed Attabad Lake has already become a tourist destination as an example of disaster-induced tourism.

The mountainous areas of Pakistan deserve integrated regional development planning. The transition to climate-resilient development in mountain areas will create opportunities for sustainable tourism, providing immediate development opportunities for Pakistan’s mountain areas. Government can help ensure climate opportunities are seized by reviewing existing policies and plans and focusing on long-term value rather than making empty statements. Local governments that are elected now can play a pivotal role in making changes that can include managing the transition to a climate-smart local economy supported by ecotourism.

The author is an expert on climate change and development.

The most popular JavaScript frameworks of 2022

Programmers explore the secrets of Wordle – The New Stack