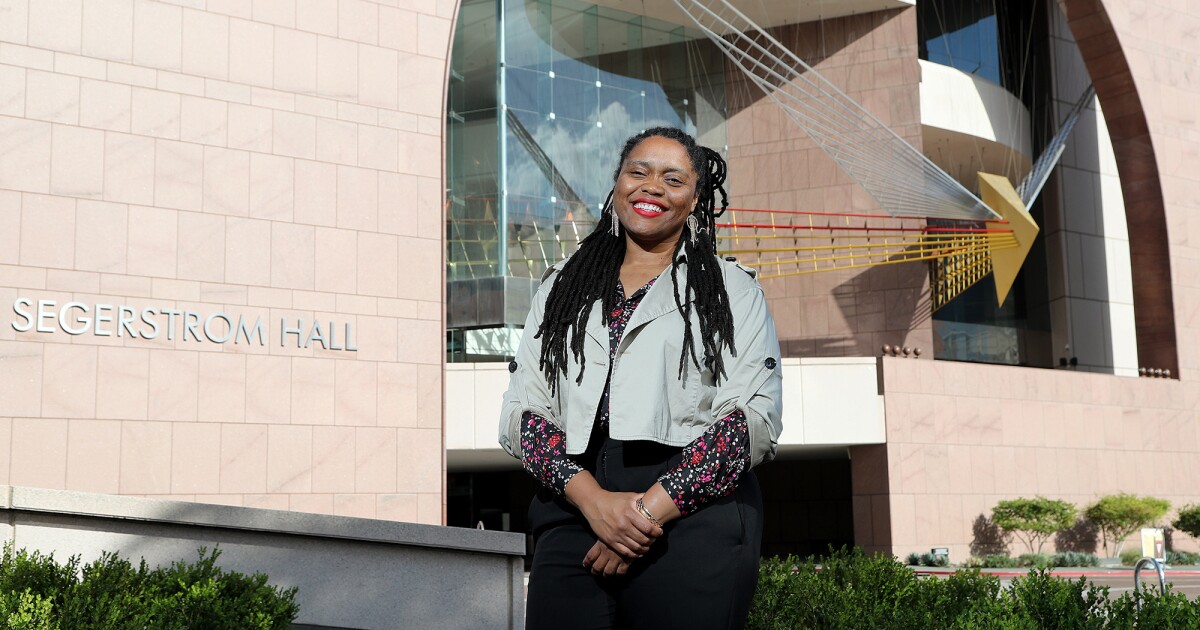 Natalie Graham, the new vice president of community engagement at the Segerstrom Center for the Arts, wants to focus on conversation and connection.

“There are two things I keep thinking about, and the first is to invite community members into the conversation about what they want to see. What do they like, what do they miss , which voices are missing? said Graham. “The second thing is to expand in places where we haven’t been.”

Graham is responsible for developing programming for the community engagement department, which includes expanding Studio D’s inclusive arts program and adding new cultural programming to the center, including Plaza Julianne and George Argyros . Strengthening community partnerships is another objective.

Graham said she looks forward to engaging with the arts and other organizations that serve underrepresented communities.

“We have this program called Center Without Borders. We want to be in community centers, we want to be in arts and recreation programs, we want to reach organizations throughout Orange County and expand our reach beyond Costa Mesa and Santa Ana,” said said Graham. “We have a lot of relationships in those two places, but I think we can do so much more and collaborate and build the path back to the center.”

Graham is familiar with the programming culture for the center. She worked with its community engagement department as arts curator and consultant for “Freedom in Full Bloom: A Juneteenth Celebration,” the center’s first Juneteenth Celebration in June 2021, and led arts activities for “Rock, Paper, Scissors: 80s! event in the square in October 2021, through KayJo Creatives, an arts event planning and management company she co-founded.

“I loved everyone I worked with and everyone I had the chance to meet,” Graham said of his previous experience with the center. “I felt like there was genuine sincerity and trust. And also a sincere commitment to seeing growth and transformation…meeting people who I believe were committed to pursuing change in their organization from inside, it was really appealing to me.”

“I first met Natalie when she worked with the center and our community engagement team to create the center’s first-ever June 19 celebration. I was blown away by her passion, intelligence, and commitment to the job and our mission,” said Reitz. “She has incredible taste and an innate sense of how the center can positively impact our home in Orange County.”

Graham comes to the center with a solid background in the arts in her own right. A native of Gainesville, Florida, she received her master’s degree in creative writing from the University of Florida and holds a doctorate in American studies from Michigan State University.

Last August, Graham was named Poet Laureate of Orange County. She toured nationally with her collection of poems, “Begin with a Failed Body.”

Most recently, Graham served on the faculty of the Department of African American Studies at CSU Fullerton, where she served as department chair and co-founder of the Institute for Black Intellectual Innovation.

“Most of the work that I’ve done that’s public is poetry,” Graham said. “I’ve taught at many different universities including Cal State Fullerton, Michigan State, and University of Florida, and in all of those places it was really important to show students the mechanics behind the art so they could see that it was something they had access to. ”

In the short time since she started her new role, Graham said she already has a lot to look forward to.

“We have a big event on the 28th that I’m working on featuring the South Side Symphony, so it’ll be at the Samueli Theater,” Graham said.

The show, “The Love Below: The Heart Song,” will feature South Side Symphony and composer Marcus Norris for unplugged orchestral fusion performances of R&B, hip-hop and neo-soul. Tickets start at $10.

Graham said she also looks forward to continuing to honor people who aren’t yet part of the conversation.

“I look forward to amplifying voices that have not been heard and creating new space for songs that have yet to be sung,” Graham said.

Support our coverage by becoming a digital subscriber.