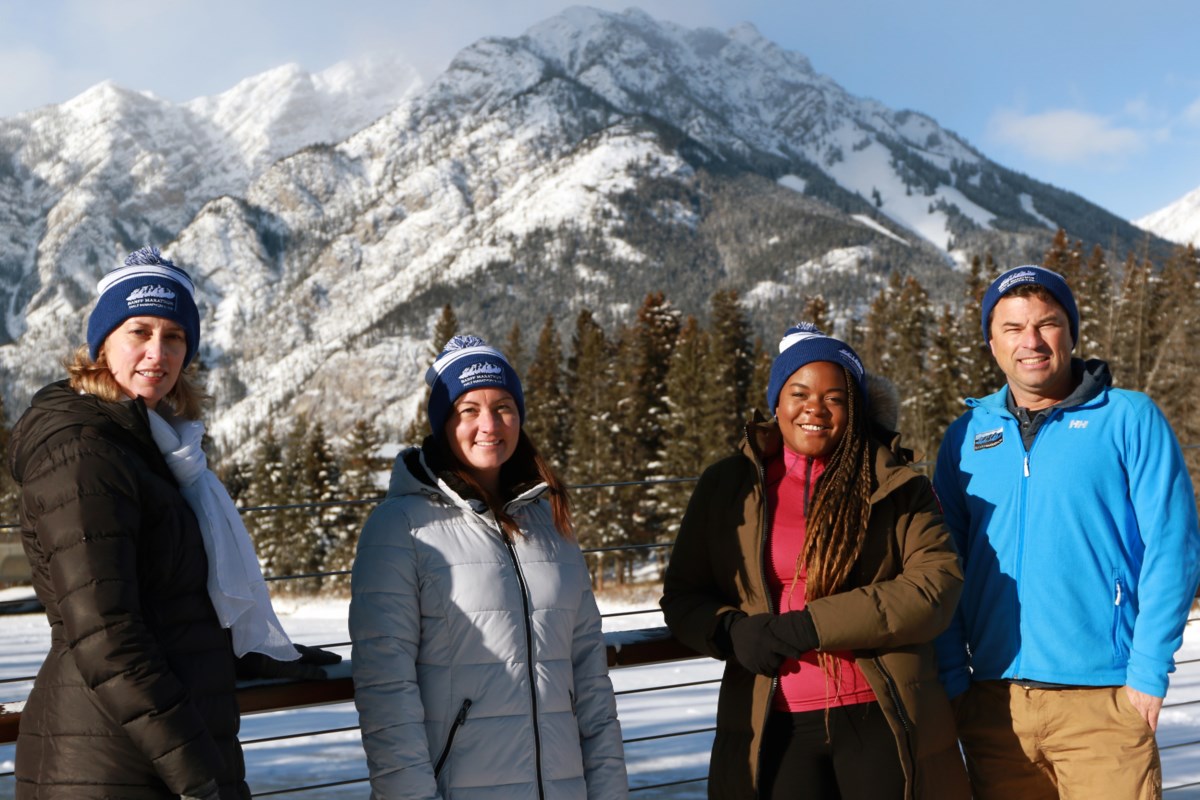 “These community events are really critical to what we do, because it’s about raising funds from individuals and the community and supporting the marathon, but it’s also about raising awareness and advocating around the issue. There are people in crisis in the community and people are struggling, especially with the pandemic. Our demand for services has increased by 50% and funding is down, so it’s a challenge.

BANFF – The annual Banff Marathon is the gift that keeps on giving.

Not only does the popular race attract competitors from across the continent, but YWCA Banff has continued to be the benefactor to help with its programs offered in the community.

Although COVID-19 has impacted the number of runners who participate, the marathon has raised just over $13,000 in 2021 for a total of over $35,000 since becoming the governing body. charity of choice in 2013.

“It’s important to the work we do and it makes a big difference,” said Michelle Rhode, Director of Community Engagement for YWCA Banff.

“These community events are really critical to what we do, because it’s about raising funds from individuals and the community and supporting the marathon, but it’s also about raising awareness and advocating around the issue. There are people in crisis in the community and people are struggling, especially with the pandemic. Our demand for services has increased by 50% and funding is down, so it’s a challenge.

The organization’s hotel has long served as a primary revenue generator, providing a significant amount of revenue for its programs and services. However, with the ongoing COVID-19 pandemic and high infection threat, it has been closed since March 2020.

The organization’s Hope for the Holidays campaign also reached its fundraising goal of $50,000.

“We are so grateful to the members of the community who have come together to ensure everyone in the Bow Valley can access the supports they need,” said Ebony Rempel, CEO of YWCA Banff. “The past few years have been very difficult for our community and YWCA Banff. … Funds from this campaign will go a long way in supporting individuals and families in crisis in our community.

During the 2020-2021 fiscal year, the crisis line received 296 crisis calls, an increase of 71% compared to 2019-2020. Its emergency shelter housed 52 people for a total of 682 nights, while the transitional housing program helped three women and three children.

The outreach program had 96 new and existing clients in fiscal year 2020-21 and the home project program helped 105 people.

The marathon was canceled in 2020 due to COVID-19, then pushed back to September from its usual date.

Paul Regensburg, the event director, said the marathon will return on June 19, 2022.

Last year, more than 1,400 people participated and another 300 practically took their own course.

In previous non-pandemic years, around 30-40% of entrants came from around 30 different countries to compete.

Regensburg noted that they are working on creating a participant pledge program to help raise donations, which will also allow runners to have personal goals to incentivize donations.

“They have been our official and only charity. We see them as the perfect partner because of the incredible services in the community,” Regensburg said of YWCA Banff.

The top fundraiser in 2021 and in marathon history is Letitia Chihambakwe, who started with a goal of $500 and eventually received over $1,400.

Chihambakwe, who grew up in Zimbabwe and lived in the UK for most of her twenties, received donations from at least three different continents.

She completed her first half marathon at the annual event and set a personal monthly goal of 100km each month. She highlights the importance of the YWCA Banff.

“It’s a very important cause and it’s dear to me growing up in Zimbabwe. There is a very disgusting culture of rape, so this was a very important thing for me to do,” said Chihambakwe, who has lived and worked in Canada for more than two years.

“Everyone thought it was a great cause to support and unfortunately a lot of people can relate to it.”