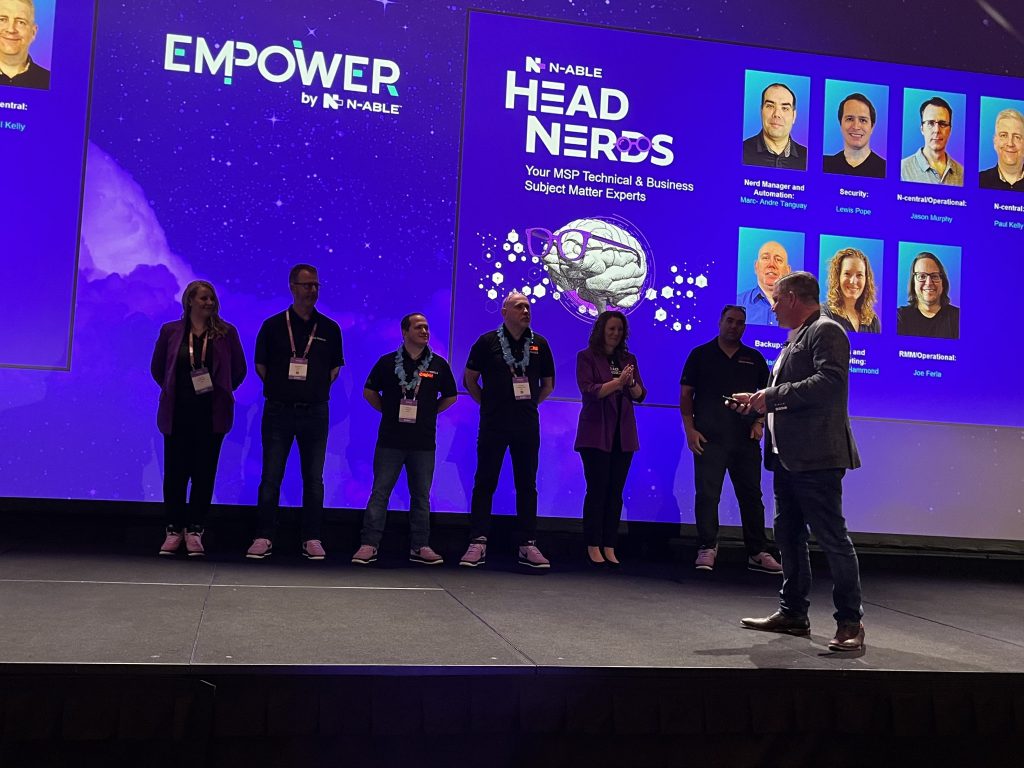 N-able wants MSPs to win by giving them competitive differentiation.

N-ABLE EMPOWER 2022 — During the first day of Empower 2022 by N-able, RMM’s new CEO said his challenge for the company’s second year was how it can be a better partner.

Empower 2022 is the first live N-able conference. In July 2021, SolarWinds completed its spin-off from N-able, which is now an independent, publicly traded company.

Last week, N-able announced that Mike Cullen had been named general manager of RMM. In his new role, Cullen assumes responsibility for the strategic direction of the RMM platforms and N-able’s complementary portfolio. He will also remain close to N-able’s Head Nerds, Market Development and Customer Success teams.

“I had the perfect job, I was chilling out,” Cullen said. “I was going to go down to three days a week, that sort of thing. So what [CEO John Pagliuca] … tapped me on the shoulder to do that. I’ve been with N-able since 2001. What I love about this job is the challenge of making N-able what it once was and making N-central the product it is. So I agreed to come on board to do that for a while, really for our partners and our employees. So the first thing I wanted to do was to make N-central specifically designed for production. Having two products (N-central and N-sight) is really great. But it’s also a deterrent when you go through the process. Thus, during our first merger, we had a lot of trouble defining the product strategy. We wanted them both to be the same to do everything the same way.

The first thing Cullen wants to do is optimize products for a segmented market.

“Low-volume users have absolutely nothing in common with high-volume users,” he said. “High-volume users want to do things at scale. They want to do advanced automation. They want to manage tens of thousands of devices at once where the smallest user wants to manage hundreds. So the first thing we did was recognize the fact that we have 25,000 customers, 4,500 of them use N-central and we are optimizing N-central for large customers. Two weeks ago we met with our biggest MSPs for a two day dialogue session where we showed them technologies and got their feedback on it and got their feedback on the direction and really get to the point where our big customers are driving the product sheet road to and N-central This is probably the first and greatest thing I’ve done since taking the job.

Listening to MSPs is the only way to get a better product, Cullen said.

The message for N-able Empower partners is that the company wants its partners to win the MSP movement, Cullen said.

“There’s going to be a lot of consolidation,” he said. “I want N-able partners to be the winners. To do that, we need to give them competitive differentiation. The easiest way to sell is when you have competitive differentiation. So if you look at the things we’re talking about, we’ve shown you the ability to monitor and manage the public cloud. We are unique in this space.

“We’ll also show you the ability to monitor and manage Mac devices just like Windows,” he continued. “And we will be the only MSP platform able to offer this to our partners. So when I look at the things I want to do, upstream, I want our customers to be able to grow and acquire new customers. The only way to achieve this is to offer them reliable products and competitive differentiation. We’ve…checked both of those boxes, and I think we have the strongest product roadmap we’ve had in seven years.

Scroll through our slideshow above to learn more about day one of N-Able Empower.