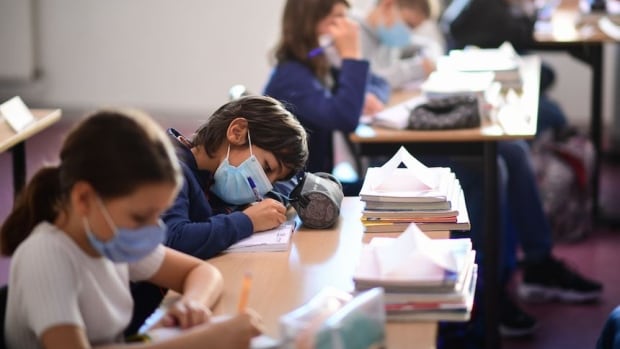 The Waterloo Region District School Board (WRDSB) is completing its public feedback sessions on its review of French programming.

The school board has been revising its French Immersion, Core French and Enriched French streams since 2017 after saying it recognized the need for improved programming. The council commissioned an external review and a final report was released in 2020.

A review committee comprised of counselors, students, parents, and administrators reviewed the external report and proposed changes to help reduce dropout rates and program access. The changes are reflected in a new vision statement, goals, principles and action items.

“One of the goals is to ensure that we increase student confidence and success, that we increase the quality of French language programming for our equity-seeking groups, and that we also increase the engagement of our students, educators, caregivers and communities towards French as a second language,” said Della Lataille-Herdsman, who serves on the review committee and superintendent of student and welfare on the board.

Currently, families interested in French Immersion enroll their children in the program in Grade 1; however, up to 40% of students eventually drop out in Grade 8.

In an online video of the review, school principal Erica Gillespie said the aim was to help families make the best decision about their child’s education and to “ensure that students who enter the program can continue their French immersion until they graduate”.

The committee suggested improving English reading and writing support as well to enable teachers to build a comprehensive picture of student needs early before moving on to French immersion. This will be especially important for students who need academic support, Gillespie said.

The committee also recommended increasing the learning of French over the years. For example, if a student enrolls in French immersion in 2024 to 2025, they will experience 58% of their learning in French until Grade 6, compared to 50% currently.

The committee said there may be more changes in the future related to the program’s limits and its entry lottery system.

The school board has asked the public for comment through consultations launched last week. The last session is Friday.

During a feedback session, the board received questions about admission exceptions, cross-border transportation services, reviewing the registration process, supporting low-income families, and connecting students in French immersion with those in other streams.

Lataille-Herdsman said there have been several questions related to the entry point proposal.

“I would say there’s a balance between families having a common interest in Grade 2. Others are still thinking about it to make those decisions for their child. So it’s varied so far,” a- she declared.

The review committee plans to use the feedback to make final recommendations to be presented to the board in June. If approved, the changes could be rolled out as early as January 2023.