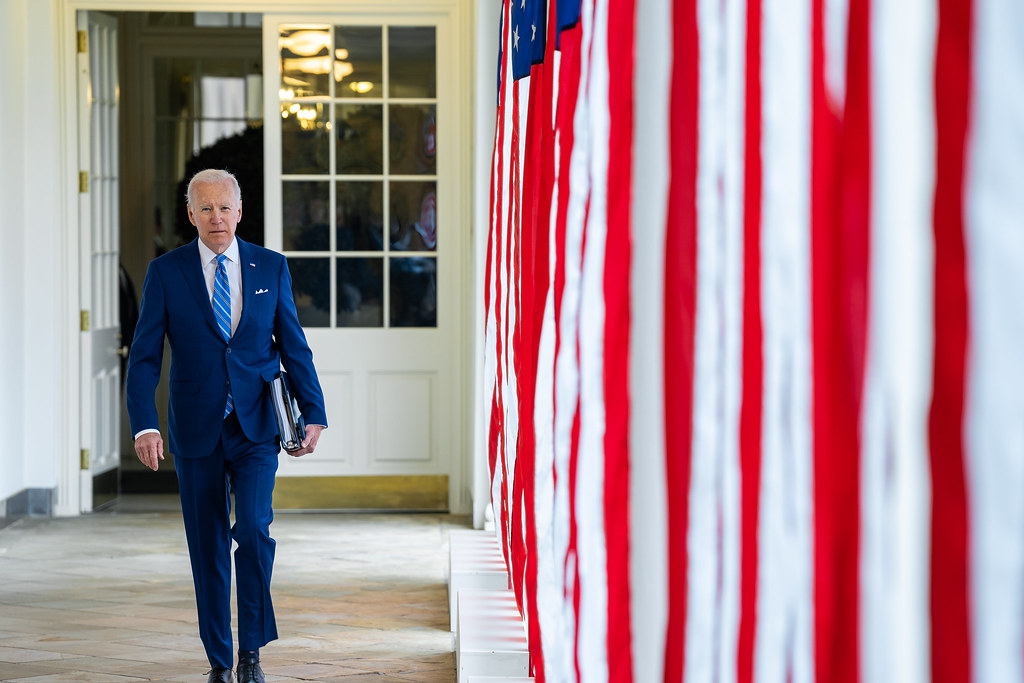 Maryland Democrats are gearing up for their big rally Thursday night with President Joe Biden at Richard Montgomery High School in Rockville.

Their opponents are also preparing.

But Republicans and conservatives also plan to have a presence, virtually and in person, for counterprogramming.

Of the. Dan Cox (R-Frederick), the GOP gubernatorial nominee, plans to hold a press conference Thursday afternoon outside Montgomery County Circuit Court, a few blocks from the rally site. Earlier in the afternoon, the Republican National Committee hosts a press call with Del. Neil Parrott (R-Washington), who is in a rematch with U.S. Rep. David Trone (D-Md.).

And the conservative group Help Save Maryland released an electronic flyer inviting people to a counter-protest outside the high school, urging them to “come together against ‘open borders’ Joe Biden and his sanctuary buddies.”

Rockville should be a fun place Thursday afternoon and evening — but the traffic could be murder.

Unsurprisingly, the Moore campaign kept the pedal to the metal on the fundraising front this week. We know of at least two major fundraisers he held this week in Maryland.

Of the. Darryl Barnes (D-Prince George’s), the chairman of the Legislative Black Caucus in Annapolis — who backed Comptroller Peter Franchot, not Moore, in the Democratic gubernatorial primary — was also listed as a sponsor of the event.

On Thursday night, Moore traveled to Annapolis for a Red Red Wine Bar fundraiser sponsored by uber-lobbyist Gerard Evans and his multiple clients.

Other individuals and organizations who have backed Moore’s top Democratic foes are quickly lining up. This week, the Maryland chapter of the Sierra Club, which backed former US Education Secretary John King in the Democratic primary, announced its support for Moore.

“Wes Moore and Aruna Miller are a dynamic duo with diverse experience and a great enthusiasm for bringing people together to solve problems. This does not become more important than an existential climate crisis and threats to democracy from extremists,” said Rosa Hance, President of the Sierra club Maryland Chapter. “We are thrilled to endorse Wes Moore and to work with him and Aruna to meet the challenges head on.”

Raskin aims for first place in the committee

Tuesday’s New York primary results were just 12 hours away, and the already ambitious House Democrats were maneuvering to become the top Democrat on the House Committee on Oversight and Reform after veteran Rep. Carolyn Maloney’s primary defeat ( DN.Y.), who has held the committee’s gavel since the death of the late Maryland Congressman Elijah Cummings (D).

One of these jockeys: Maryland Rep. Jamie Raskin (R).

Raskin, according to Punchbowl News, Politico and other Capitol Hill-focused publications, is one of four Democrats considering the vacancy. But he has less seniority — in Congress and on the committee — than two of the other contenders, Rep. Steven Lynch (D-Massachusetts) and Rep. Gerry Connolly (D-Virginia). Rep. Ro Khanna (D-California) is also considered a possibility, but according to Politico, he urges Raskin’s selection.

Raskin told Politico he is “actively exploring it and will have something to say this week.”

The Oversight Committee is the scene of major political battles and when led by the party opposite the White House, it is often the center of partisan investigations. Even though the political environment has changed somewhat in recent months, Republicans are still favored to take control of the House in January, which means Raskin and his colleagues are likely to compete for a ranking member of the committee. rather than chair of the committee.

Depending on how the game of musical chairs plays out in Congress after the election, Raskin might also be the top Democrat on the House Administration Committee.

Tour of events at Howard Co.

Two Republicans vying in the 9th Legislative District, whom Democrats have targeted for the takeover, are holding back-to-back fundraisers Sunday night.

First, Del. Reid Novotny (R-Howard), who hopes to oust Senator Katie Fry Hester (D) in November, has an event scheduled at Circle D Farm in Woodbine from 4-6 p.m. Then, from 6 p.m. to 8 p.m. pm, Del. Trent Kittleman (R-Howard), who is seeking a third term to represent the District 9A sub-district, at a farm in West Friendship, seven miles away.

Kittleman and the other two-seat Republican in the district, Jianning Jenny Zeng, are running against Democrats Chao Wu and Natalie Ziegler. In the last round of redistricting, Democrats made the district more favorable to their candidates by replacing part of Carroll County with part of Montgomery County.