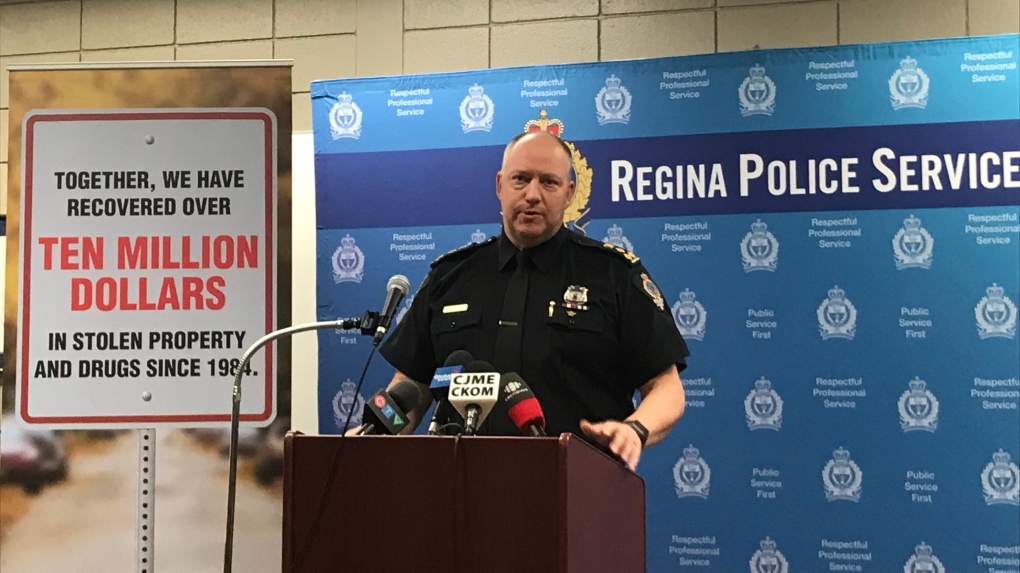 “Not one either or a discussion”: Chief Evan Bray on social programming, police budget, station renovations

In a year-end interview with CTV News, Regina Police Chief Evan Bray said a $ 4 million budget increase approved by the council on Dec. 16 was needed for RPS to respond. to Regina’s changing needs.

“300,400 calls in a 24-hour period is very average for us,” Bray said. “Our city has grown in terms of population, geographic size and complexity. The types of files and the work we do in our community don’t get any easier. Our department must therefore find a way to keep pace with the growth of the city.

Several delegations at the council meeting where the budget was approved wanted the money to be redirected to social programming instead of the police budget. Bray agreed that more contributions for these types of programs are needed, but said this should not come at the expense of police funding.

“You can’t stop doing one and start doing the other. If you do both correctly over time, ”Bray said. “I hope that this investment that you make on the social side of things will make a tangible difference on the community safety side and that there will ultimately be fewer demands and fewer policing needs in our community.” “

Bray noted a record number of murders and a large number of domestic disputes, in addition to general needs such as road safety, stopping flights, etc., are factors in increasingly complex police work.

“This is not a either or a discussion. In fact, proper investments in both will yield the best results, ”Bray said.

Given the heightened conversations around reconciliation in Canada, Bray said there had been many “positive steps”.

“I know, however, that there is more work to be done,” Bray said. “We need to work on understanding why some people don’t feel safe around the police or trust the police. What can we do to improve this? “

Regarding renovations underway at RPS headquarters, Bray said the first phase of construction is expected to be completed by the end of 2022, which will allow most of the employees to move into the old STC building.

“Then there will be phase two which is renovations to our current headquarters to make it an operational space for all of our frontline officers,” Bray said. “We’re going to have the new addition, which will be about a year from opening, being the public entrance and where people can come not only to report crimes, but if we have meetings, anywhere the public goes. access will probably be in the newer part of the building.

The current headquarters is intended to be used as a ‘secure’ facility after the second phase is completed, with little public access.