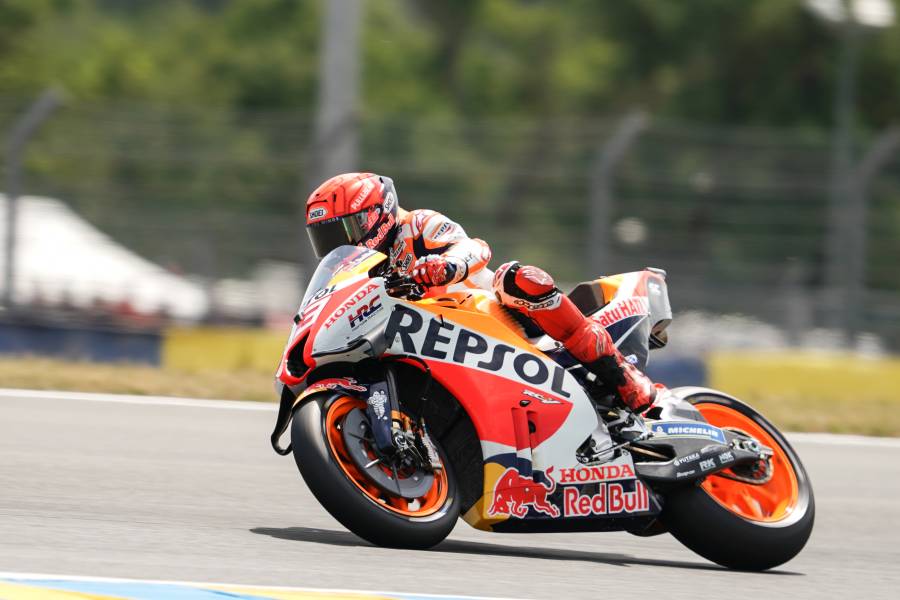 The Honda pair had hoped for cooler weather this afternoon, but conditions were the hottest all weekend, reducing grip, which is currently a problem for the all-new 2022 RC213V.

As always, Marquez gave his all, from the lights out to the checkered flag, taking part in a typically determined race, this time from the fourth row of the grid, which he shared with Nakagami and Pol Espargaro (Repsol Honda Team Honda RC213V).

The first lap was particularly frenetic, with Marquez and Nakagami attacking immediately to fight their way through the field, finishing the lap seventh and ninth, after starting from tenth and twelfth.

Marquez did all he could, but as the hot track took its toll on the tyres, he struggled to maintain his usual tight lines, despite changing his front tire on the grid to the most supple to medium, which had been tricky in the cooler. conditions Friday and Saturday, especially in the few left turns of the track.

The hot track became too difficult for some drivers, with seven of the 24 starters sliding, all injury-free, over the 27 laps. Despite the challenges, Marquez has kept everything under control and the 29-year-old Spaniard and six-time MotoGP king will take everything he learned from this race and use it to continue the development of the latest RC213V.

After the race was over, Nakagami had a rather lonely run in seventh place, crossing the finish line 1.5 seconds behind Marquez. It matched his fine seventh place finish at the Spanish GP two weeks ago and suggested the 30-year-old from Chiba is starting to come into his own as the 2022 MotoGP World reaches a third away.

Espargaro didn’t have as strong a start to the race as his RC213V teammates ahead of him. The 30-year-old dropped a few places in the fray, finishing the opening round in 13th, leaving him at the back of the pack, with plenty of work to do.

The former Moto2 World Champion did everything to improve but spent a large part of the race in a group on a circuit where it is particularly difficult to overtake. And he lost positions in the final stages when a rival crashed in front of him at turn three, forcing him to slow down and take evasive action.

Nakagami’s teammate Alex Marquez (LCR Honda CASTROL Honda RC213V) did well to score two World Championship points in 14th, after starting from 21st and picking up a penalty for a long lap.

The 26-year-old Spaniard, who scored his first MotoGP podium here two years ago, got off to a strong start and entered a small group of riders battling for the final championship points.

The MotoGP paddock is now enjoying a weekend off before entering a very eventful period, with the Italian and Catalunya Grands Prix on May 29 and June 5, followed by the German GP and the Dutch TT June 19 and 26.

What if you can’t pay the medical bills?