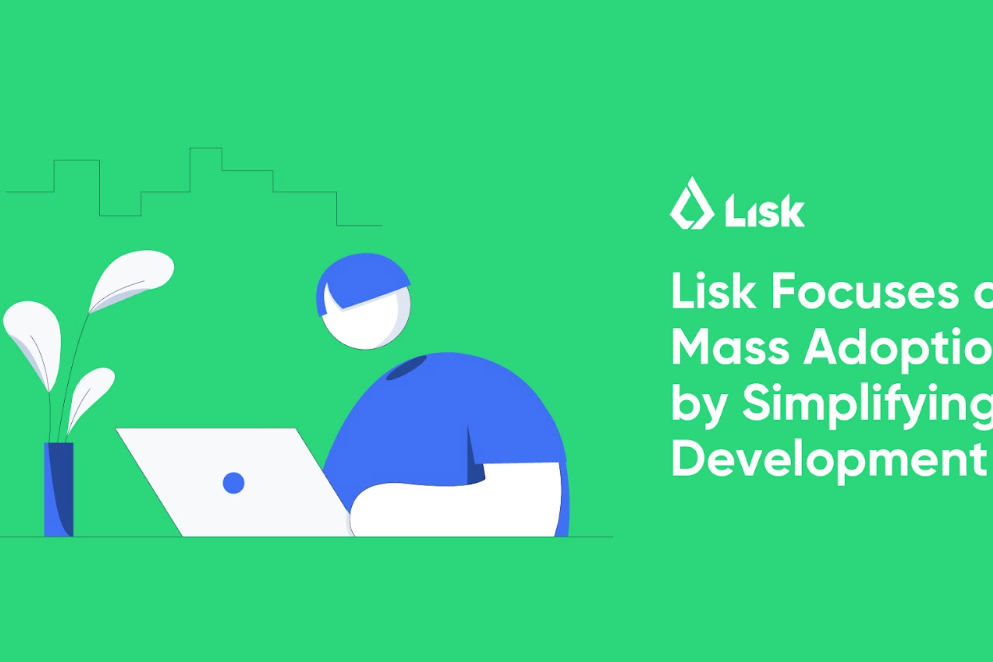 Lisk focuses on mass adoption of Web3 by simplifying development

Building blockchain applications through JavaScript is at the heart of the Lisk network. Since JavaScript is by far the most widely used programming language, this gives users a step up in the blockchain world. Removing the need to learn new codes like Rust or other blockchain-specific languages ​​lends itself to greater blockchain adoption through increased ease of access.

Lisk is by no means a new project. With its roots in 2016, co-founders Max Kordek and Oliver Beddows set out to create a development base like no other. They wanted to give developers three things:

JavaScript was a great place to start because it opened the door for more developers to come in on the ground floor and start building. Blockchain is a brand new technology in the scheme of things, and learning a new programming language is akin to learning a new language. For all the coders in the world who were already working with JavaScript and wanted to explore the world of blockchain, this was a real game-changer.

With those who already knew the language and those seeking a career in programming, it offered a wider range of possibilities.

Finally, the oldest and most important long-term goal of the Lisk development team is interoperability. Although this term has become a buzzword in today’s blockchain culture, the Lisk team has had it as its main focus since the beginning. The aforementioned blockchain applications are a key part of this fact as they will play a role in interconnecting Lisk with other chains via sidechain technology.

Currently, research and development is focused on interoperability within the Lisk network. Blockchain applications can connect to each other so that users can seamlessly interact within the Lisk ecosystem and its various applications. This will lead to a fully connected and integrated blockchain network for greater ease of use. Developers, investors and community members will be able to work together without ever leaving the network.

With Lisk’s focus on blockchain adoption, the Lisk team nurtures developers beyond just technology development. The Lisk grant program provides funding for great ideas for blockchain applications. It’s simple and straightforward, with the only requirements being a team of at least two (one of whom must be a JavaScript developer), a business plan, and use of the Lisk software development kit (SDK).

Project founders should come up with a business plan and presentation to present to the Lisk team. Once this has been reviewed, the teams will meet for an interview and assuming the project is approved, development can proceed to the pre-determined stages. Funding for successful projects is disbursed in LSK at the end of each stage.

Interest in the Lisk grant program has grown steadily since its inception. Many of these apps have reached milestones and are helping grow the Lisk ecosystem. Here are some examples of these projects:

This project is about secure digital identity. By using public key technology, Idntty allows users to keep a record of their personal information and share it without providing any irrelevant data. This concept is one that has always been prioritized by blockchain technology and Idntty uses the Lisk SDK to create digital identity and signature solutions.

Faet creates a metaverse on the Lisk network and is the culmination of many blockchain concepts like NFTs, peer-to-peer networks, and decentralized commerce. The Faet Network uses the Play-to-Earn model for a deeper and more engaging gaming experience. It also contributes to the flourishing Web3 revolution which is rapidly spreading.

You can explore the entire Lisk ecosystem on the Lisk website.

The future of Lisk

Lisk is now progressing through the current Sapphire stage of the Lisk roadmap. This phase began in August 2021 and focuses on interoperability within the ecosystem. Research and development continues expanding efforts towards the final stage, an exciting time surely awaits the Lisk project in the months to come.

Follow Lisk on Discord and Twitter to be aware of all the advances and advances in the development of the project!

How to turn off a laptop with a keyboard?