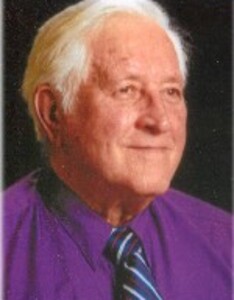 KUPCHELLA — John Paul, Sr. 96, of Nanty Glo, passed away on October 12, 2021, at home surrounded by family. Born May 16, 1925 in Nanty Glo, son of the late Martin and Mary (Kazlauakas) Kupchella. The last surviving member of his immediate family, he was predeceased by his beloved wife, Dora in 1996; granddaughter, Claire Kupchella; grandson, Bryce Kupchella; son-in-law Rick Remic, and longtime companion, Shirley Kovach. Also predeceased by the sisters, Bernice and Katherine; brothers, Bernard (MaryAnn Swensky); Guillaume (Elisabeth Lltavec); Charles (Margaret Buelte); Martin (Sylvia Monborne); and Anthony (Doris Whitesell). In mourning for the children: Bernadette Remic; Rosemary (Rick) Mercik; Johnny Paul (Patricia Szekeresh); and Daniel (Angela Hegedus); Grandchildren: Alena (Matt) Gourley, Joshua (Mallory Ruby), Devon (Hunter Ruby), Mitchell Mercik (partner Sarah Figalora), Christopher (Nichole Eicher) Kupchella and Jordan Kupchella. Great Grand Pappy with eight great-grandchildren and one expected in December: Issadora, Jacob and Ian Gourley; Cassidy, Jonas and Marlee Kupchella; Théa and Lillian Ruby. John lived his life with a desire to serve and constantly improve his community; demonstrated by his military service as well as his lifelong commitment to leaving the world a better place. After his father died, he left school early to support his family. Then in 1943, John entered the United States Army. He was a member of the 63rd Infantry Division as a telecommunications lineman in the European theater of World War II. With his army division, he participated in the liberation of the Dachau concentration camp. While in the military, he received the American Campaign Medal, the WWII Victory Medal, the EAME Campaign Medal, and the Good Conduct Medal. Later in life he enjoyed sharing stories of war with his children and grandchildren. John returned to Nanty Glo after the end of World War II. A few years later, he married his beloved wife, Dora Shaffer, on July 16, 1949. Early in John’s career, he used the GI Bill to learn the auto body trade, then trained as a bodybuilder. welder. He was employed by US Steel for 30 years and retired as a foreman. Throughout these years, John was extremely dedicated to improving life in the community of Nanty Glo and the surrounding area. He had dreams and goals to improve his city. He was elected to the school board when it was proposed to combine the schools of Vintondale, Nanty Glo and Blacklick, and in 1959, Blacklick Valley was formed. John was elected and served as mayor of Nanty Glo. During his time, Blacklick Valley High School was completed. John was part of the Nanty Glo Planning Commission which developed many improvements to the town; the Park and Pool, Water & Sewer, Triangle Park, Nanty Glo Housing, redirecting 271 to its current location, and the Acid Mine Water Reclamation Project (the first project undertaken by the Army Corps of Engineers in the United States). He said he wanted his grandchildren and great grandchildren to fish in the same creek he fished as a child. As part of the Cambria County Planning Commission for 30 years, the reclamation of the Webster mine was completed and Rails to Trails paid off. For a time he was chairman of the Planning Commission. John has never ceased to be a visionary. He still had plans and dreams that weren’t finished. He envisioned a park at First and McCoy streets along the Rails to Trails, dedicated to the Nanty Glo soldiers who made the ultimate sacrifice. He also proposed the extension of Rails to Trails to Frenchie’s Dip. John wanted to have an education center at the entrance to the Webster Mine Ponds showing Mother Nature repairing the ecosystem, correcting the actions of the mining industry. John was devoted to his Catholic faith. As a long-time member of St. Mary’s Catholic Church, he served as an usher for many years. He was also a 4th degree Knight of the Knights of Columbus Council # 8307 of Father John P. Hacala. John or “Pappy,” as his family called him, will be forever remembered as a servant of the Lord and a leader in his community. He will be sadly missed by his family and friends, but his legacy and achievements will live on. Friends will be received from 2 p.m. to 8 p.m. Thursday at Askew-Houser Funeral Homes, Inc., Nanty Glo, (masks recommended) where a Knights of Columbus memorial service and vigil service will be held. The funeral will be at 10:00 am Friday at St. Mary’s Catholic Church with Reverend Leonard Voytek officiating. Committal, Saint-Charles cemetery, Twin Rocks. Military rites by Nanty Glo, Twin Rocks and Vintondale Ritual Team. Donations in memory of John can be made to St. Mary’s Catholic Church or to the Knights of Columbus. Condolences can be left with the family at www.askew-houser.com