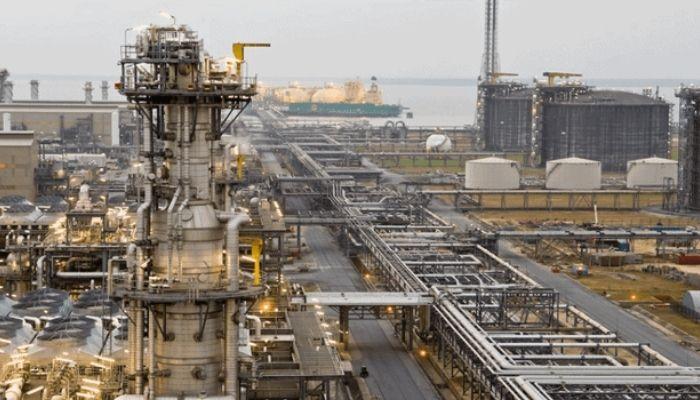 Europe goes in search of gas in Africa

Italy was perhaps the quickest in the European Union to turn to Africa in its efforts to wean itself off Russian gas. Western nations impose economic and political sanctions on Russia, following its invasion of Ukraine in late February 2022. Italy is also the hardest hit, as Russia sells it around 29 billion cubic meters (bcm) of gas natural gas every year, i.e. more than 40% of its gas import needs.

Replacing Russia as the main gas supplier will not be easy. In April 2022, Mario Draghi, the Italian Prime Minister, signed an agreement with Abdelmadjid Tebboune, the Algerian President, to buy more natural gas.

Italy is still expected to source at least 20 bcm of natural gas from elsewhere, especially as Algeria will struggle to produce more so quickly. Egypt has already agreed to supply 3 billion cubic meters of liquefied natural gas (LNG) by the end of 2022.

Luigi Di Maio, Italian Minister for Foreign Affairs, Roberto Cingolani, his counterpart in the Ministry of Ecological Transition, and Claudio Descalzi, Managing Director of Eni, made exploratory trips to Angola and the Republic of Congo at the end of April 2022 with the aim to fill the remaining void. .

Italian Eni also aims to start LNG production from its floating plant in Mozambique before the end of 2022. For Congo, a new LNG project should be launched in 2023 to produce around 4.5 billion m3 per year of LNG . In sum, Italy already has new gas agreements with at least five African countries, namely Algeria, Egypt, Libya, Angola, Congo and Mozambique.

Other European countries are also on the lookout for African gas, visiting capitals similar to those of their Italian counterparts. Nigeria, which is the fourth LNG supplier in Europe, supplying it with around 13 billion m3 of LNG in 2021, is also the subject of particular attention. Unlike its North African counterparts, however, Nigeria does not have a gas pipeline to Europe.

Amid a global energy transition program so far, investors and financiers had reduced their exposure to oil and gas deals.

With globalization in some kind of flux due to the Covid-19 pandemic and the subsequent Russian invasion of Ukraine, while China, the backbone of most global value chains, has adopted an aggressive policy of zero Covid-19, and that the West sought to rein in Russia to curb its expansionism and deter China from invading Taiwan in the same way in the future, there was a revision of the points of view on the energy transition, while more demanding considerations such as having gas for the winter come to the fore.

African oil and gas producers, whose cries about how too early and aggressive an energy transition could hurt their development prospects have fallen on deaf ears, have once again been offered a lifeline by fate, it seems.

African LNG producers like Nigeria would need to increase the capacity of existing LNG plants and build new ones. Much of the natural gas that international oil companies (IOCs) currently burn would instead be liquefied into LNG for export to Europe in need. That is to say, even though many African countries, however abundant their natural gas reserves may be, still do not meet their own domestic gas needs for power generation, domestic cooking and a myriad of other uses.

Long-term contracts with EU countries will be essential. Qatar is asking for 20-year contracts, for example. The African countries currently being courted should do the same. The planned gas pipelines to Algeria and Morocco from Nigeria will stand for such a long period, although each has its own idiosyncratic risks.

Persistent insecurity in the Sahel is a major constraint for the Nigeria-Algeria gas pipeline, for example. A relatively more expensive Nigeria-Morocco offshore gas pipeline faces a high realization threshold due to more immediate and cost-effective alternatives. LNG shipments are reliable and relatively cost effective in the absence of pipelines. Also, investment in more LNG production capacity is a more important imperative.

Even so, the exigency of the times fuels the momentum. In collaboration with the Islamic Development Bank and the governments of Nigeria and Morocco, the OPEC Fund for International Development contributed $14.3 million to finance the second phase of the study project. preliminary engineering (FEED) of the $90.1 million Nigeria-Morocco gas pipeline in March 2022. , for example. The $25 billion, 7,000 km Nigeria-Morocco Gas Pipeline will be an extension of the West African Gas Pipeline Project which is already supplying Nigerian gas to Benin, Togo and Ghana, and will cross approximately 13 West African countries when completed.

Progress has also been made on the $12 billion, 4,128 km long Nigeria-Algeria gas pipeline, which is expected to transport 30 billion cubic meters of gas annually once completed, Nigeria and the respective Sahelian governments having reaffirmed their commitment to the project at a regional meeting. in February 2022. Yet there is much skepticism about how far this will go in light of the intractable security situation in the Sahel region.

Europe has been forced to reassess its energy transition program due to the Russian-Ukrainian war and the measures imposed on it to avoid a new world war. Global banks, which had already begun to reduce their exposure to fossil fuel transactions due to an aggressive green energy campaign from the West, have begun to revise their strategies.

Bear in mind that African countries have literally argued that shifting too quickly to renewable energy would disrupt their development prospects, especially since external financing would be needed to continue exploiting its oil and gas reserves even further. abundant.

Now, all of a sudden, Europe is ready to finance new oil and gas projects? African countries and their Western allies must advocate for a more nuanced and accommodating arrangement on the global net-zero carbon emissions agenda that gives Africa more time to go green and sufficient funding to do so. comfortably.

An edited version was originally published by the Italian Institute for International Political Studies. See the link to know. https://www.ispionline.it/en/pubblicazione/europes-gas-rush-africa-risks-and-opportunities-both-35094