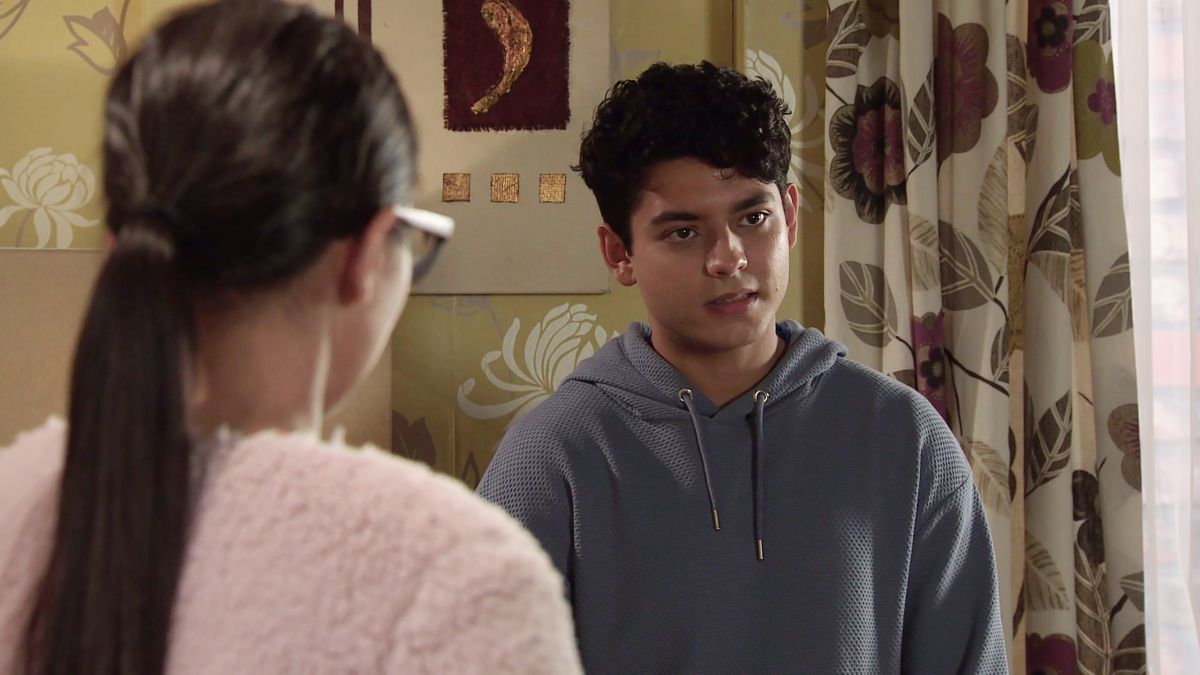 Dev reveals that the police are checking CCTV while the culprit masks his guilt. Aadi returns home and explains how his father saved Asha but left him to die in a burning car.

Dev does his best to reassure Aadi that he loves him and his sister too, but Aadi then drops a bombâ€¦. Asha arrives at the house and Aadi turns his anger on her sister, telling her that he has spent his whole life playing the second violin, before storming out of the house.

Kelly walks up to Nina and Asha outside the chippy and assures them that she hasn’t keyed Dev’s car and tells the truth about her trip to York. Will they believe his story?

In the factory, Sarah notices that Dexter’s order is due to ship to the United States in two days, and a stressed-out Carla promises to sort it. After Sarah’s advice, Peter drags Carla to lunch and admits he’s worried about her and the pressure on her.

Tyrone calls at # 9 just as Phill comes home from school with Hope and Ruby. When Phill reveals that Ruby has been invited to a party, but Hope isn’t welcome, Fiz is annoyed, but Tyrone assures him it’s not her fault. At Children’s Day, Tyrone lets Penny know he’s not impressed with her attitude towards Hope.

As Summer walks out of the classroom, she spots two tickets for The Importance of Being Consistent on Daniel’s desk. Daniel catches up with her in the hallway of the school and asks her if she is free tonight, before explaining to her that he would like her to babysit. In the corner store apartment, Adam warns Daniel that Daisy is in trouble and that he will eventually get injured.

Having been left to look after Sam, Simon does his best to persuade him to come out of his room, but to no avail.