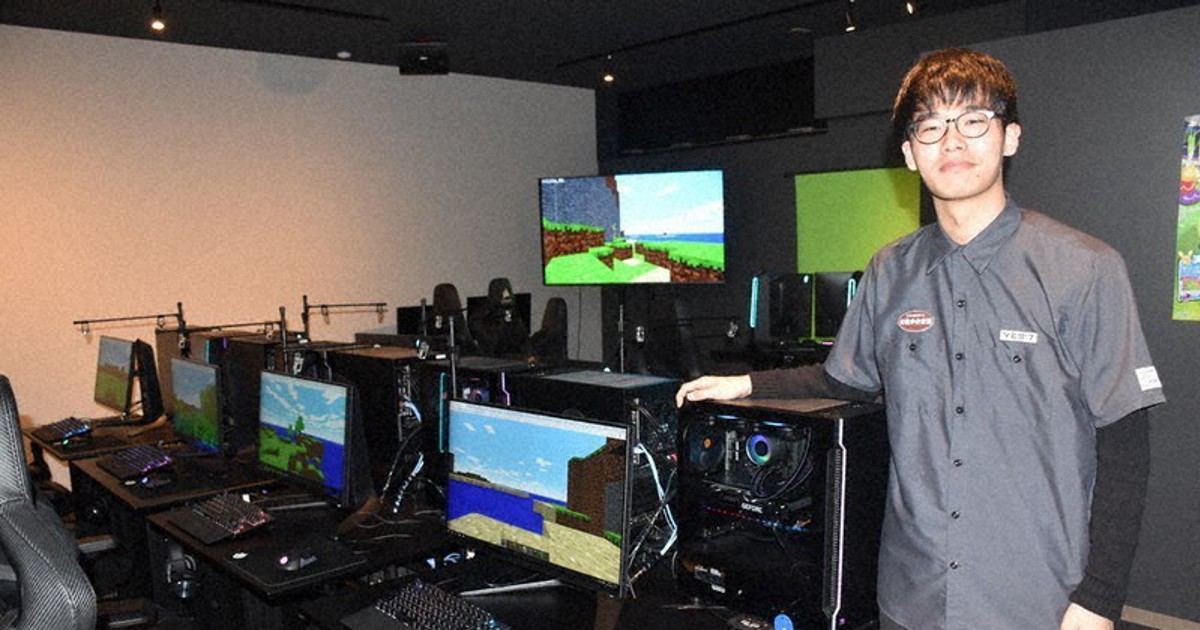 YAMAGATA — A programming school for elementary and junior high school students has been launched in this northern Japanese city with the aim of developing tech-savvy staff who can respond to an increasingly digitalized society.

YES*7 was created in August 2021 by local advertising agency Sam Communications with the aim of revitalizing the downtown area. The operator planned to make the esports testing facility a place of learning amid growing calls from parents and guardians wanting to introduce their children to programming from an early age. The move came after the Japanese government made programming lessons a compulsory subject in elementary schools starting in the 2020 school year.

At D-School, operated by Educational Design Co., the popular game Minecraft is used to allow children to cultivate their imagination and logical thinking while creating a three-dimensional space with cubic blocks.

“We’d like kids to enjoy learning as an introduction (to programming),” said an executive at Sam Communications.

NCAA March Madness prepares for the return to normal