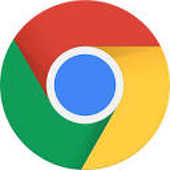 “Contains our usual performance and stability settings under the hood, but there are also some great new features to explore.”

An improvement in the new version is a file management API that developers can use to declare web applications as file managers for files created and processed by their application. Explaining the new feature, Chrome developers gave the example of a PWA text editor that registered itself as a file manager, and a developer who could right-click a .txt file in the manager. operating system files and instruct this PWA to (always or once) open the .txt files.

This version of Chrome includes version 9.2 of the V8 JavaScript engine and includes changes to JavaScript support, including the addition of a dayPeriod option for Intl.DateTimeFormat; a new relative indexing method for Array, String and TypedArrays; and changes to the handling of SharedArrayBuffers on desktop platforms to match recently released behavior on Android and Firefox.

Chrome apps are gone – End of an era

Chrome apps are no longer on Windows, Mac and Linux

Finally, you can install web apps on Android

Mozilla Web Apps – remove the web page from the application

Chrome gets the desktop app launcher

What is a Fibonacci sequence and how do I print one in Python, C ++ and JavaScript?