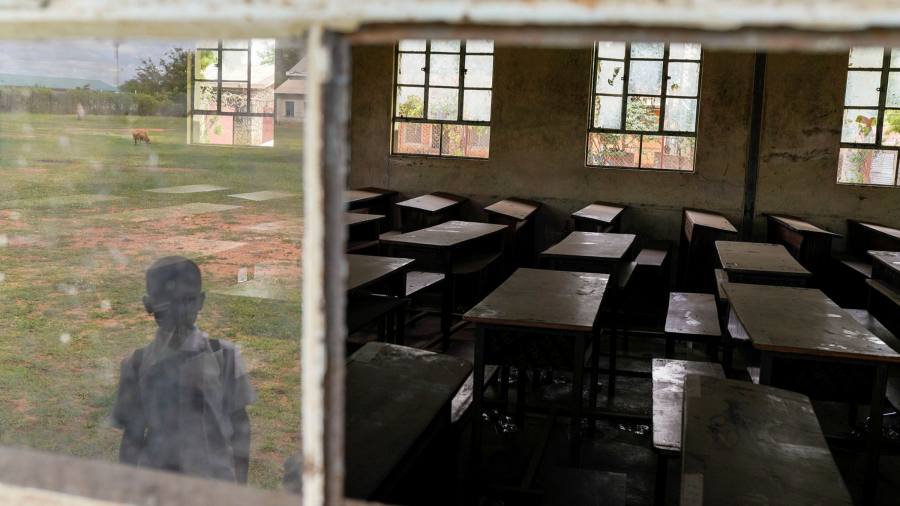 During my years working with the charity Save the Children, I have often been humiliated by parents and children in the most desperate circumstances, keeping alive the hope that comes with education. A 12-year-old refugee from South Sudan told me, “Education is everything, nothing will stop me from going back to school.

The contrast to the international effort to protect education from the effects of the Covid-19 pandemic could not be more striking.

The hopes of millions of children and the human development of nations are at stake. The UN secretary general has warned of a “generational catastrophe” in education. Yet the decision-makers shaping the response to the pandemic have been gripped by collective inertia. We need decisive international action.

Unesco estimates that, without corrective measures, the learning losses could wipe out the gains of the last two decades

The pandemic did not create the learning crisis. Half of 10-year-olds in the poorest developing countries already could not read and 260 million children were out of school. These numbers will now increase. While rich countries and the children of wealthier households in poor countries have turned to e-learning, those on the wrong side of the digital divide have been left behind.

Unesco estimates that, without corrective measures, the learning losses could wipe out the gains of the last two decades. The World Bank warns that the number of children living in “learning poverty” will increase as the losses in literacy and numeracy accumulate. Coupled with the increase in poverty and child malnutrition, these learning losses are a prescription for massive school dropouts.

Today’s setbacks are tomorrow’s inequalities in human development. Education is a catalyst not only for economic growth and job creation, but also for progress in poverty, child survival and gender equity.

Identifying the antidote is not difficult. Cash transfers and school feeding programs can help fight child poverty and malnutrition. More early childhood support would protect the next generation. Assessments for returning children, a focus on basic literacy and numeracy, and investing in remedial education can aid recovery.

These are all areas in which international cooperation could “rebuild better” education systems. Governments of developing countries bear the primary responsibility for implementation. But with the recession and debt eating into their budgets, cooperation is important, especially to fill the funding gap for pre-pandemic aid in the poorest countries, estimated by Unesco at $ 39 billion.

The international response has been muted. There has been a lot of discussion. Unesco has convened a Steering Committee on Education for Sustainable Development Goals and a Global Meeting on Education, with hundreds of participants. The product: a vague game of reflections.

An attempt to develop an inter-agency campaign – Save our Future – between UN agencies, the World Bank and non-governmental organizations (disclaimer: I was one of them) produced a powerful rapport, but no plan of action . Did all of this make a difference on the front line? I doubt.

No additional funding was provided. To its credit, the World Bank has upstream financed the spending of its International Development Association (IDA) facility for the poorest countries. But this is not new money. Pledges to the UK-hosted Global Partnership for Education were well below the $ 5 billion target.

Unesco warns that bilateral aid to basic education could decline this year. In an example of a discrepancy between rhetoric and reality, Boris Johnson, the British Prime Minister, slashed the budget for aid to education while declaring his allegiance to the cause of “12 years of education for every girl “.

Much more could be done to use the resources and influence of the IMF and the World Bank. Gordon Brown, the former British Prime Minister, wants donors to finance loan guarantees linked to education through the International Finance Facility for Education. With more than 20 low-income countries spending more on servicing loans than on primary education, non-repayable debt should be converted into investments in children. Donors should increase funding for IDA, with 8-10 percent allocated to education.

In some ways, the response was predictable. International cooperation in education has long been hampered by the overlap of powers of United Nations and World Bank agencies, institutional quarrels and funding rivalries.

This is not to denigrate the excellent work of individual agencies. What is missing is the ability to define a common vision, agree on priorities and roles, coordinate support behind governments and hold institutions to account. This will require high-level political leadership at the UN, the World Bank and across the G20.

It will not be easy to persuade the big institutions to change course. But as Winston Churchill said: “No matter how beautiful the strategy is, sometimes you should look at the results. As millions of children at the forefront of the education crisis would testify, the results are not good enough.

Python beats Java; Javascript will be ranked as the most popular programming language