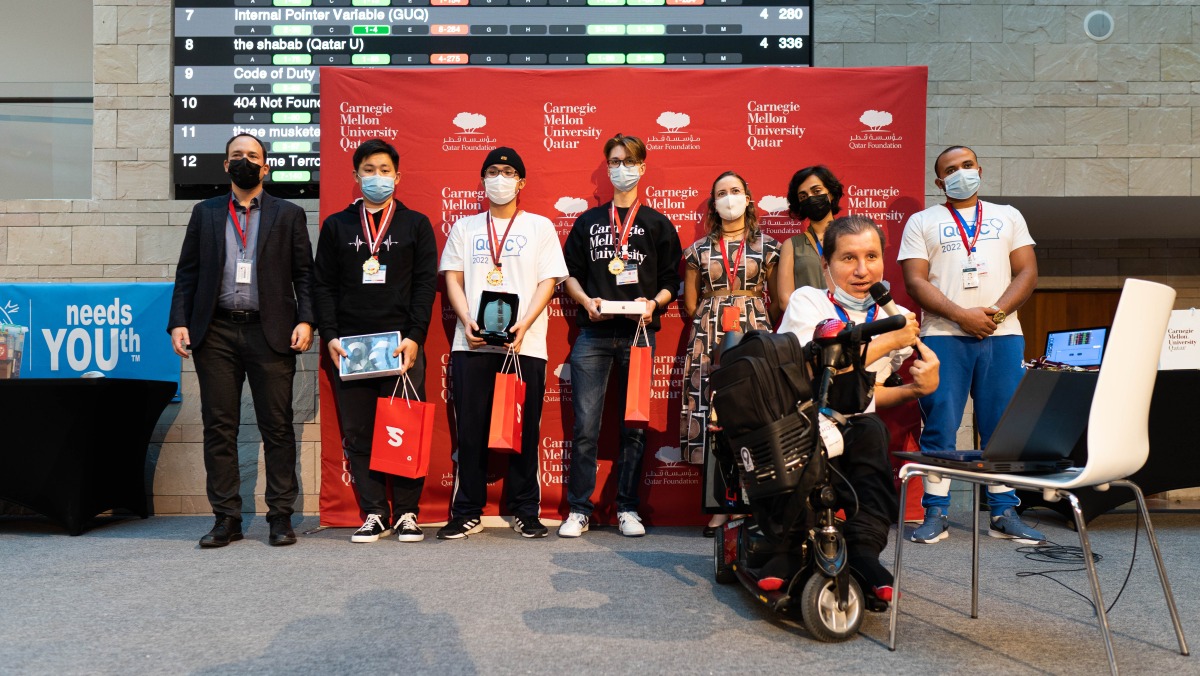 Teams from Carnegie Mellon University in Qatar (CMU-Q) and Qatar University have won the top two spots in the Qatar Collegiate Programming Competition (QCPC) 2022. Both teams will qualify for the regional competition in Egypt in december. The competition was organized by CMU-Q, a partner university of the Qatar Foundation.

Michael Trick, Dean of CMU-Q, spoke at the closing ceremony of the competition: “Programming competitions are about building a community around creative problem solving. The more opportunities Qatar’s young programmers have to come together and solve problems, the more Qatar’s IT ecosystem will thrive.

Reis noted how much the teams have improved since last year’s competition. “We could see how much more confident the teams were, and it was a much more competitive environment this year.” At CMU-Q, Reis and Feo Flushing host several practice sessions each year for students to hone their competitive programming skills.

The event was organized in collaboration with the Qatar Computing Research Institute and the Hamad Bin Jassim Center for K-12 Computer Science Education. Two representatives of the African and Arab Collegiate Programming Championship were present to oversee the competition: Mohamed Mahmoud Abdelwahab is the head of the ACPC’s scientific committee and Marie Belle Alhabr is the ACPC’s event coordinator.

The event was generously sponsored by Nestlé, Rimads and Snoonu.

The International College Programming Competition is the oldest and most prestigious of its kind, with national competitions held annually around the world. Winners at the national level advance to regional competitions and ultimately to the ICPC World Finals. For this competition, students tackled a set of 13 programming problems in five hours.

How to get a student loan without a credit check