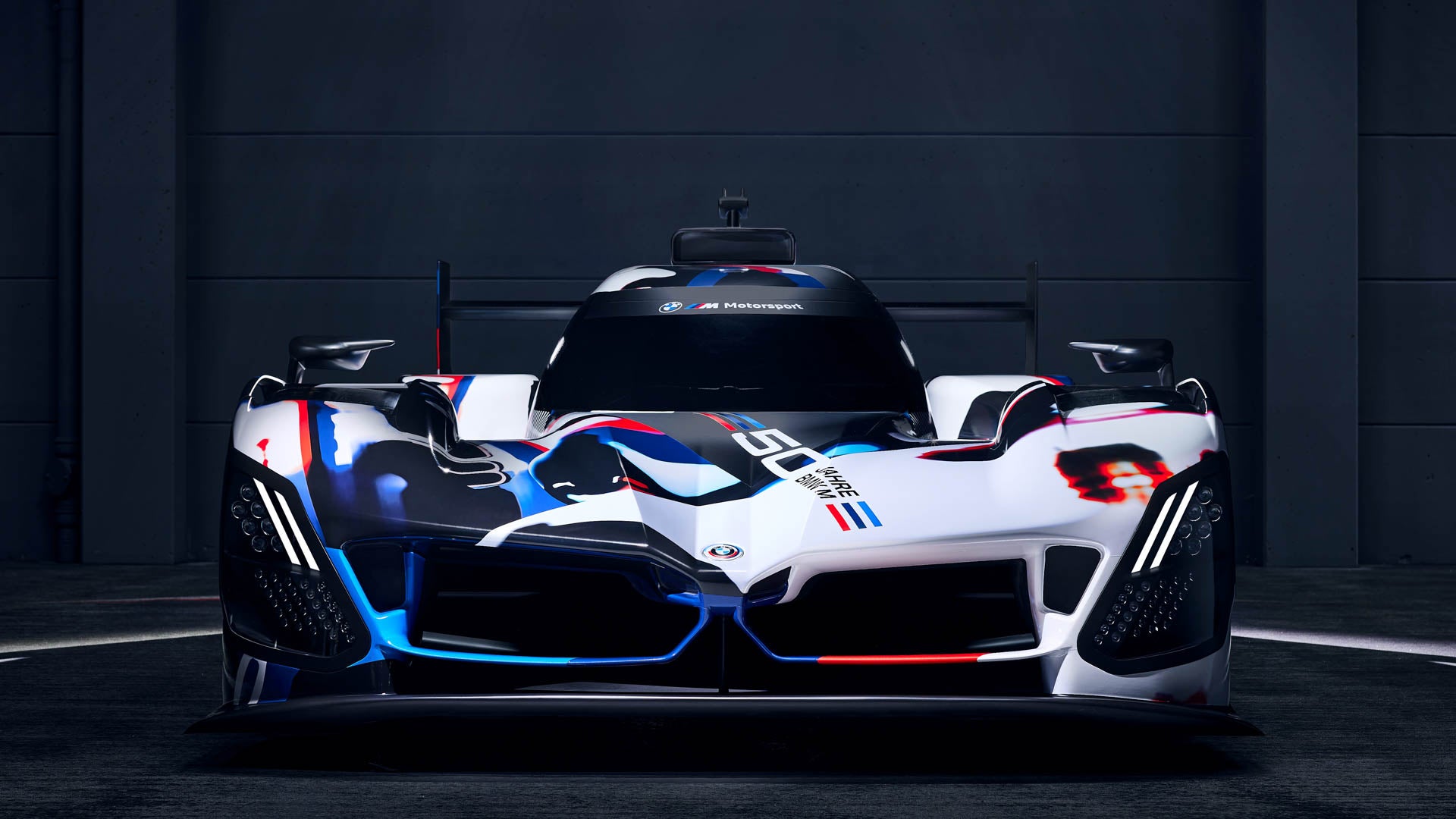 BMW is one of many new manufacturers entering the 2023 LMDh class of the IMSA WeatherTech SportsCar Championship. He joins Porsche, Audi, Cadillac and Toyota, among others, who will all race prototype hybrid cars in the next series of races. BMW had previously kept the look, name and details of its upcoming LMDh (Le Mans Daytona Hybrid) driver a secret, but now it is finally revealing the design of its new race car.

It’s officially called the BMW M Hybrid V8, which is the most refreshing name BMW has had for any car in decades. It sure is a bit boring, but I’m just glad it’s not called the BMW M iHybrid TwinPower xDrive. From its appearance, this new LMDh car is immediately recognizable as a BMW, thanks to its massive grille. BMW’s grille is iconic but has become a caricature of itself in recent years. This one is huge but it works better than on some other modern BMWs as it seems to provide real and working aero for the front end. The livery features a BMW M color camouflage that reads “50 Jahre BMW M”, to celebrate the 50th anniversary of BMW’s M division.

“The most critical task and the biggest challenge for the LMDh program design team was that the prototype had to be clearly recognizable as a BMW M Motorsport car. And I can tell all the fans, one look is all it takes. to confirm that the BMW M Hybrid V8 is indeed a BMW. It clearly carries BMW M genes. I also like the camouflage livery with its references to the brand’s great history in North America. Kudos to the design departments and aerodynamics from BMW M Motorsport and Dallara for their excellent work. I look forward to seeing the BMW M Hybrid V8 on the track soon,” said Franciscus van Meel, CEO of BMW M.

This livery is the one BMW will use for the rest of its development testing for the M Hybrid V8. Although it looks like camouflage, much of it is subtle imagery of previous BMW M race cars. According to BMW, this camouflaged mosaic is intended to hide its general shape from competitors during testing, in order to retain any competitive aerodynamic advantages it might have.

The BMW M Hybrid V8 will have a chassis built by Dallara in Italy, one of four different companies to manufacture chassis for LMDh-class cars. BMW will develop its own engine, although the Bavarians have yet to release information on what type of engine it will be or how much power it will produce, likely to retain a competitive edge.

BMW, like other LMDh-class manufacturers and their cars, is looking to use technical insights gained from its M Hybrid V8 for future road car development. Nothing creates better production car technology than motorsport development and BMW hopes to learn a lot from its LMDh driver so it can improve its future hybrid and electric vehicles. Let’s just hope BMW road cars don’t have his grille.

Do you have any tip ? Send them to [email protected]

Tails 5.1 comes with a fix for a serious JavaScript security vulnerability