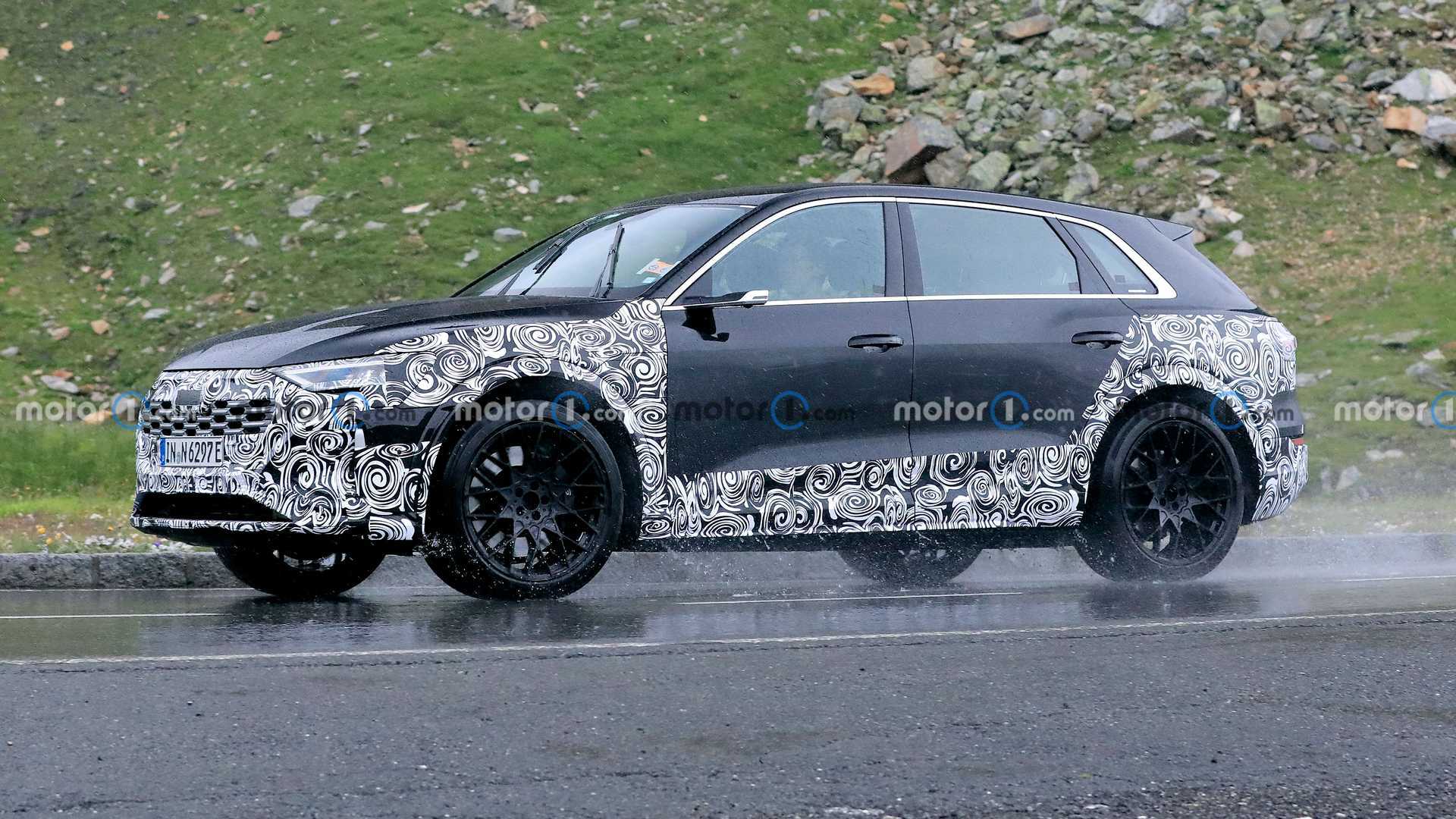 Updated versions of the Audi E-Tron and E-Tron Sportback are in development, and these spy photos bring them together in Austria. The electric crossovers have an updated exterior, in addition to rumored powertrain changes.

Both the E-Tron and the standard Sportback appear to have the same front styling. The revised grille has a criss-cross hexagonal mesh pattern, compared to the current look with a mix of vertical elements and narrow slats.

The lower fascia continues to have a trapezoidal opening in the middle. It also looks like the openings in the corners are smaller than the existing design, but the camouflage could be hiding things.

Styling along the sides looks streamlined compared to the current model.

At the rear, the models appear to have new taillights. There is now a stack of horizontal elements on the outer part of each lamp. Camouflage may be hiding things, but it looks like the lights no longer cover the full width of the tail.

Like the revised side sills, the sculpting of the lower part of the rear bumper looks smoother and simpler than the current design.

Our spies couldn’t take pictures inside these vehicles, but they would have had a glimpse of the cabin. E-Tron models would have a revised infotainment screen that shares a bezel with the instruments, which is a current styling trend in the industry.

A rumor from last year claims that the refreshed E-Tron and E-Tron Sportback have a new battery that increases their range. They would be able to cover 373 miles (600 kilometers) with a load in the WLTP standard. EPA ratings are currently 222 miles for the E-Tron and 218 miles for the Sportback. The WLTP test generally gives higher numbers than the EPA.

Updated E-Tron models are said to debut before the end of the year. They will be available as 2023 model year vehicles.