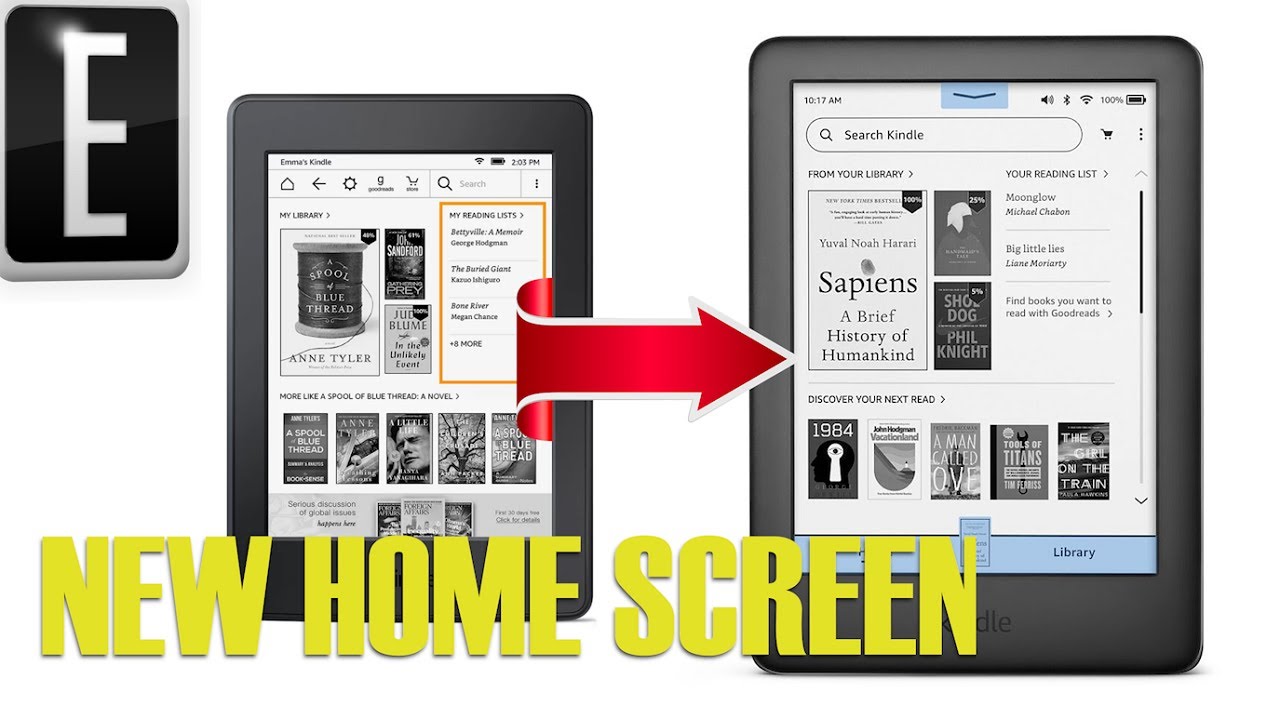 Amazon has been using JavaScript for all of its user interface for the Kindle since they started making them in 2007. Over the past year, the company has drastically changed the home screen and the user interface. Many people are upset with the changes because it affects their reading flow. Do you know the real reason why they constantly changed every aspect of the Kindle? Indeed, they are trying to get rid of all the legacy JavaScript code and move to React Native. It is a new programming language that many people in the industry are familiar with and it is easier to hire dedicated web programmers who specialize in this language and it will be easier to introduce new features into the Kindle in the future. You can expect more drastic changes to the Kindle this year.

Amazon has brought the new home screen experience to a number of Kindle e-readers. This is because they are still supported with firmware updates. This includes the 10th Gen Kindle Basic and the 9th Gen model. The 11th generation Kindle Paperwhite and the 10th generation model. They also brought it to the Kindle Oasis 3. Why don’t older e-readers like the Voyage or previous generations of the Paperwhite get the new home screen experience? Indeed, Amazon pivoted to support only Kindles for up to five years, and that countdown begins on the day the product was first available on Amazon’s website.

Amazon told Good e-Reader in a statement, “We are always working to improve the customer experience on Kindle devices. Following last year’s software update for navigation and access to settings, we’ve made changes to Home and Library that will allow customers to easily manage and access their content. This update includes new filtering and sorting menus, refreshed grid and list views, a new collections view, a new interactive scroll bar, and the ability to access up to 20 of your recently read books. read on Home.

What is React Native? React Native apps are written using a mix of JavaScript and XML markup, known as JSX. React Native is an open source JavaScript framework, designed to build apps on multiple platforms like iOS, Android and also web apps, using the same code base. Basically, the user interface created on Kindles is easier to maintain and introduce new features. I think the ultimate goal is to be able to have the same user interface on Fire tablets, as well as Kindle for Android and Kindle for iOS.

Michael Kozlowski has been writing about audiobooks and e-readers for twelve years. His articles have been picked up by major and local news sources and websites such as CBC, CNET, Engadget, Huffington Post and The New York Times. He lives in Vancouver, British Columbia, Canada.