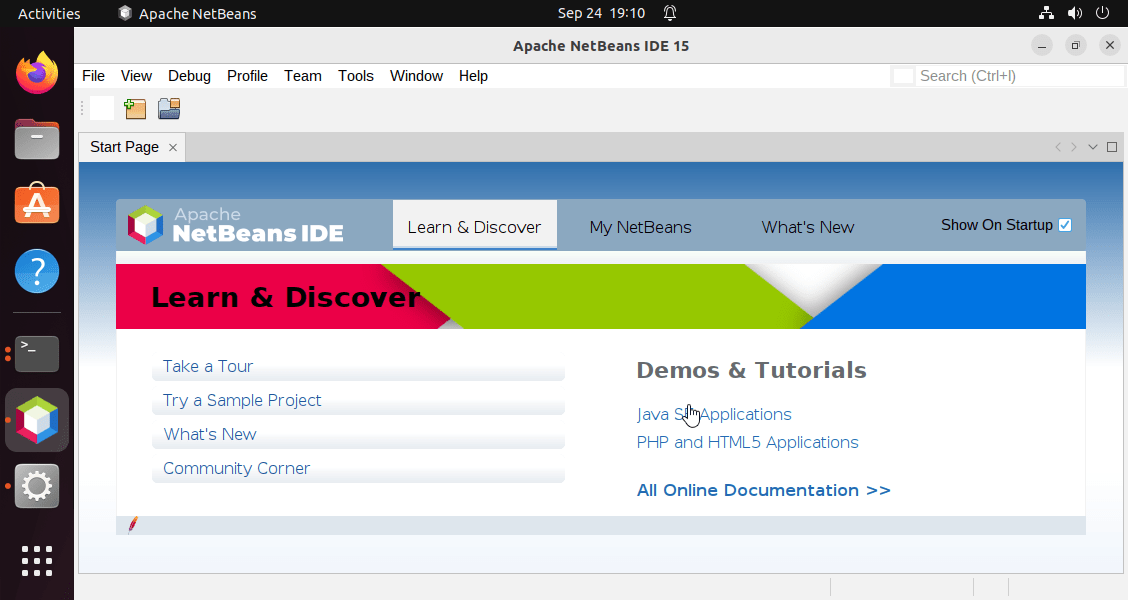 Apache NetBeans is an open-source IDE for building Java applications and programs. It is a modular IDE that can extend its functionality using plugins. The name NetBeans generally refers to the development environment, the NetBeans IDE. However, it initially refers to a framework for simplified programming of Java applications using Swing widgets. This also includes the development environment.

As a Java program, the NetBeans IDE can be used on all platforms for which a compatible Java Virtual Machine (JVM) is available. Functionality can be flexibly extended through end-to-end modularization. Several different packages allow direct installation of the NetBeans IDE with appropriate plugins for different applications. For example, modules can be used to adapt support for other programming languages, integrate them into existing version control systems, and extend the development environment at will.

Here are some features:

• Open source and free to download and use on Windows, Mac and Linux.
• With NetBeans, you have integrated two server environments with GlassFish and Apache Tomcat.
• Plugin support to extend functions
• Developers can use various programming languages, such as B. Ruby, Rails, Java, JavaScript, PHP, HTML5, CSS, and Grails, which are available.
• Drag and drop support
• NetBeans’ interface is easy to use, and it’s more organized and clearer.

There are three easy ways to install Apache NetBeans IDE, one is using SNAP package manager, and the other is Flatpak and downloading its Debian binary. Here we show you everything.

To install all the latest security and package updates available for your system; run the given command once:

2. Use Snap to install NetBeans IDE

The easiest way to install the latest version of NetBeans on Ubuntu 22.04 or 20.04 is to use the default universal package manager which is SNAP.

Those who don’t want to use the SNAP Package Manager can manually download the IDE installer. For this visit the Apache NetBeans download page and get the Debian binary available for NetBeans.

Well, there are two types of binaries, one with JDK 18 and one without. Here we use the one which is not without the JDK. Therefore, we have to manually install the default OpenJDK, i.e. Java 11. You can also install other versions of Java if you want to use them.

After downloading, move to the Downloads directory because everything we get using the browser goes there by default.

Now use the DPKG command to install the NetBeans binary.

Well, many users would already have the Flatpak to install applications on their Ubuntu systems; If not, install it using the next step. For those who don’t know, it’s also a universal package manager to install open source software on all popular Linux systems.

Unlike Snap, Flatpak is not available on Ubuntu 22.04 or 20.04, therefore, to use it, of course, we must first install the same. Run the commands below and with the help of APT package manager, Flatpak will be on your system.

7. Use Flatpak to install Netbeans

Now you would have the Flatpak installed and activated on your system. It can now be used to install dozens of applications available in its repository. However, for now, let’s focus on Apache Netbeans, run the given command and the Apache IDE open source platform will be on your system.

No matter which method you used to install NetBeans on Ubuntu 22.04 or 20.04, the way to launch and use it will be the same. Go to your application launcher and search for NetBeans. When its icon appears, click to perform the same.

9. How to update or upgrade

Well, in the future, if there is a new version of NetBeans available that you want to install, then:

Those who have used the Snap can run:

For manual users of the Debian binary:

You need to download the Debian binary manually like we did in this article and install it using the DPKG command tool.

If you are a Flatpak user:

Well, you don’t have to always stick with Apache Netbeans. Users are always free to uninstall the IDE if needed. Therefore, if you also want to completely remove NetBeans from your system, follow the given commands according to the method you used to install it.