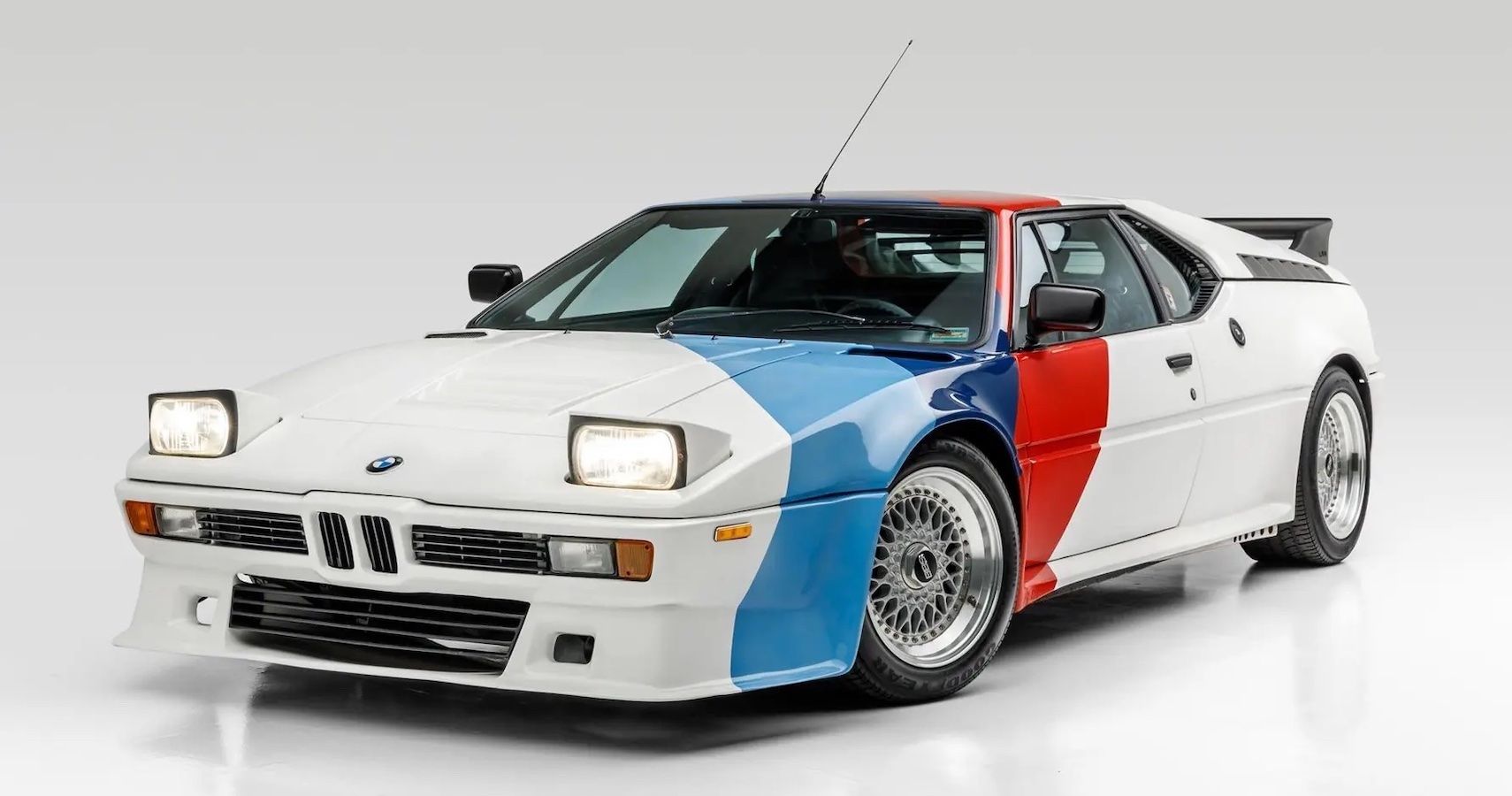 For over 100 years, BMW has been a leader in automotive design and engineering, making it one of the largest and most successful brands in the world.

Faced with the difficult task of choosing the best era for BMW car, motorcycle and motorsport projects, we would say that the 80s represented the best creations of BMW. It was the 80s that cemented the dominance of BMW M-Sport cars which are instantly recognizable as the ultimate driving machines that gearheads crave today. However, BMW has a few other tricks up its sleeve. During the 1980s, the marque was at the forefront of motorsport in all its forms, dominating touring cars, taking on and beating all comers.

Think BMW only makes road cars? You are wrong! Back in the 80s, BMW was just getting started, building the best cars and motorcycles money could buy.

Related: Here’s Why The BMW 1M Coupe Will Cost A Fortune Very Soon

A survivor of the 1970s, BMW’s mid-engined M1 supercar continued in production until 1981. The troubled history of development and manufacturing is well known to gearheads and includes several Italian names in its journey to market. Originally, BMW turned to Lamborghini and Dallara for production and manufacturing, later returning to BMW’s Munich plant for final assembly.

The M1 was BMW’s first mid-engined supercar with a naturally aspirated 3.5-liter inline-six producing 273 hp and 243 lb-ft of torque. Regardless of the overly long development process, the BMW M1 remains one of the German automaker’s most recognizable models to date.

BMW was no stranger to the mid-size performance coupe segment, as the much-loved 2002 turbo of the 70s had already proven. , and you will most likely be inundated with M3 responses. The M3 was everything for all men; fast, fun and affordable.

However, the M3 wasn’t the best in any area. It’s more of a jack-of-all-trades, delivering a true level of sports car performance without the associated stunt. It was practical too, with a decent trunk and room for four inside. The E30 M3 launched a new genre of fast cars that took performance on the road and on the track to another level.

BMW’s first “Z” badged car, the Z1, dared to be different. It may not have been the huge commercial success that BMW hoped for, but those drop-down doors are still a subject of debate. Incredibly, it’s been 30 years since BMW rolled the dice and bet on the E30 series-based two-seater, and yet the Z1 still looks fresh.

However, the Z1 is more than just a sports car with clever doors. Peel off the bodywork, literally in this case. BMW designed each panel to be removable for cheaper and easier repairs.

The BMW Motorad K1 has definitely changed the perception of motorcyclists towards BMW motorcycles. Its design is largely due to BMW’s self-imposed 100 hp output limiting performance. The solution was simple in theory; make the K1 as simple as possible.

In reality, it was a much more complex build that set the K1 apart from most 80s bikes. Unlike its predecessor, the K1 used water cooling for its 987cc four-cylinder engine, leaving designers the free to enclose much of the front and sides. BMW’s efforts paid off with a global drag coefficient of 0.34.

In the super competitive world of F1, where points are hard fought, the Brabham BT54 hasn’t been particularly successful. Hampered by poor track conditions and Pirelli tyres, the BT54 took just one win and 28 points over two seasons.

BMW’s involvement was greater. Back in the 80s, F1 was all about turbos putting out ridiculous power from tiny 1.5-litre displacements. The BMW M12/13 engine used a four cylinder cast iron block and could trace its design back to the M10 of 1966. Widely regarded as the most powerful F1 engine ever produced, the M12/13 running an astonishing level of boost from 3.5 bars, cranked to 1400 hp in the qualification version.

It’s fair to say that BMW recently strayed with the oversized twin grille arrangement slapped on its current lineup. Step back in time to the mid-80s and things were much better. The 6 Series evolved throughout the 70s and into the 80s, with the E24-M635i making its debut in 1984.

The “Sharknose” style remains a fan favorite with collectors today for its aggressive stance. Not that the M635i needs any styling cues to bolster its sporty reputation. The M635 is one of BMW’s most successful models, dominating every major motorsport series throughout the 1980s, with dozens of titles to its name.

Walk into a BMW showroom today and you’ll find Alpina-badged models alongside standard production BMWs. That hasn’t always been the case, and it has led to the production of some interesting high-performance variants of BMW’s ultimate driving machines. First produced in 1988, the Alpina B12 is a reminder that “M” is not the only path to superior performance.

Unlike the E32 750iL, on which it is based, the Alpina B12 is not speed limited, achieving a record top speed for a four-door hatchback of 171 mph. Under the hood, Alpina has overhauled BMW’s M70 V12, adding Mahle pistons, larger valves and an updated ECU boosting power to 350bhp.

The Paris-Dakar Rally is not for the faint-hearted. Covering thousands of miles over some of the most inhospitable terrain on the planet, often testing man and machine to breaking point. Sand, heat and mechanical problems can be life threatening. However, a handful of crazy people opt for two wheels over four.

If you really need to travel light and use a bike, then BMW’s G80R/S should be at the top of your wish list. Launched in 1980, BMW’s niche defining “Adventure Bike” used a lightweight frame and Monolever swingarm designed for ease of maintenance. A reliable icon throughout the 80s, the R80G/S helped win the Paris-Dakar rally three times.

RELATED: What You Didn’t Know About The BMW M 1000 RR: The M Division’s First Superbike Attempt

Certainly, buying an E31 in the 80s was not possible. However, the 8-series grand tourer that finally went on sale in 1990 saw the light of day in 1981. Featuring the latest technology, designed and built using CAD/CAM, the E31 boasted of several firsts for BMW. In the range up to 850i, BMW pioneered the first cable throttle and the combination of a 6-speed manual transmission with a V12 engine.

The E31, despite its high-tech approach, never caught on with gearheads. Over a period of nine years, BMW produced just under 30,000 cars covering both the 840/850 range.

For all the finalized products from BMW that have made it into production, there are a few that deserve a mention. First, the Z1 Break, clearly inspired or based on the Z1 sports car with its drop-down doors, but in a more functional hatchback or caster-brake body.

Much more intriguing was the 1981 AVT concept which never made it past the initial mockup stage. NAZCA styling cues featured on the front while the rest of the car was designed as a wind tunnel experience for publicity purposes. While none of these made the cut, they are nonetheless showcases of BMW’s creativity.